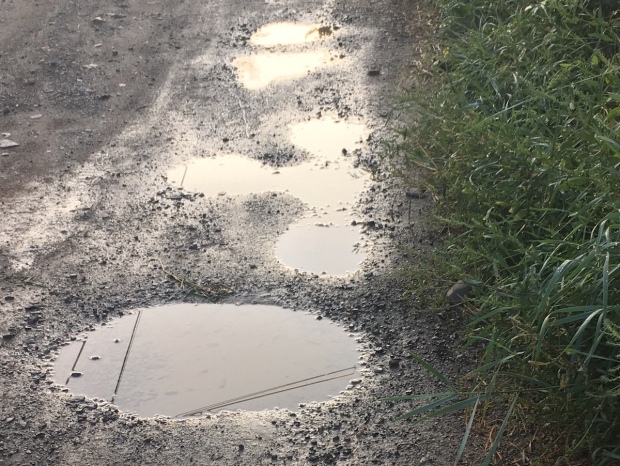 MY GRANDMOTHER ALWAYS SAID, when you’re sweeping a floor, you should sweep the edges and the corners first.  Leave the large centre until last.

She would tell me take care of the small things, and the big things would take care of themselves. Which is what I was thinking about when I was having tea with a neighbor this week.

As is often the case, we got talking about the running of the City, or more particularly what wasn’t working so well.  With all the delays in traffic on West Victoria Street due to the construction, you might have thought that traffic delays were top of the list.  But that wasn’t even close.

First up were the storm drains.  At the end of our street is a drain that is often plugged.  My neighbor trudges down regularly to clear it.  Thank goodness, because after this week’s strong rains, if it hadn’t been cleared, the bottom of the road would be flooded again, as it does regularly after a heavy rain when the drain is blocked.

My neighbor said bluntly, why can’t the City be the one trudging down to clear the drain. Especially since they know about the flooding that happens every time there’s a strong downpour.

Near the storm drain, a row of trees are growing out of the sidewalk’s edge.  They have been growing happily in the concrete for a few years. No one seems to mind, except that once the trees get to a certain size, they’ll probably break the cement.  It might be time to cut them down. Like my grandmother said, take care of the small things.

Then, as if winter was already here, my neighbor and I both commiserated that once the snow comes we’d be stuck in the back alley.  The windrow from the snowplow has blocked us both in on more than one occasion.

But before winter comes, we’re hoping the large potholes in the alley get graded.  The City has a street pothole crew that does a great job on the main roads.  I wonder if there will ever be one for the alleys too.

All in all, looking at the devastation of places like the Bahamas, hammered by Category 5 tropical storm Dorian, those trees in sidewalks, windrows at alleys, and blocked storm drains are all the small stuff.  If none of them got fixed, Kamloops would still be an amazing place to be. 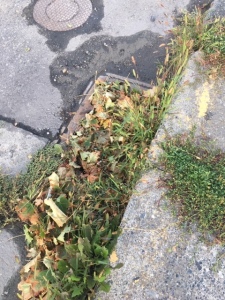 Politicians like to make announcements about new multi-million dollar upgrades of some major road or sporting facility.  But just once in a while, it would be great to hear an announcement, not about the big projects, like West Victoria Street, but an announcement about a project to tackle the little things by the City of Kamloops.

My grandmother taught me how to sweep a floor about 50 years ago, and her lesson has stuck with me. I still think we should still be looking after the small stuff first.

2 Comments on BEPPLE – Government is like sweeping a floor: take care of the edges first