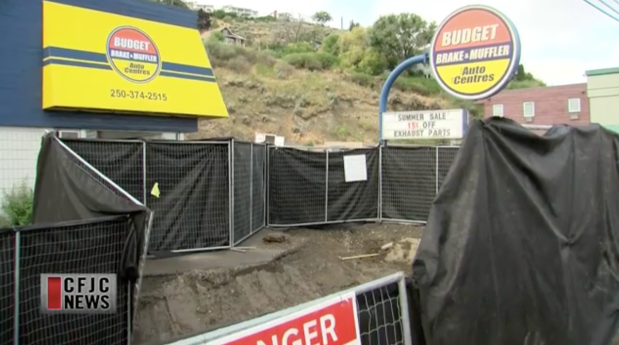 Human remains have been found at the Victoria Street West reconstruction project by crews working in the area.

The discovery was made Wednesday morning (June 26, 2019) near the Budget Auto Centre.

A statement from City Hall said today that, upon making the discovery, “the project team followed the archeological protocols that are required for this project.”

RCMP, representatives from Tk’emlúps te Secwe̓pemc (TteS), and Golder Associates were called in to control the site and it was determined the origin of the remains is not modern.

“We’re guided by protocols on site and will continue to work with TteS as they determine next steps.”

The area is cordoned off and security has been put in place at the find site.

Mayor Ken Christian said the City will deal with the remains “with the utmost respect and care, and also with a sense of urgency in accordance with our commitments to the TteS.”

Work continues on the Victoria Street West project with a 50-metre buffer zone around the find site. The City expects construction to continue as scheduled next week, while respecting the TteS Ancestral Remains Policy and Procedures.

“We appreciate the immediate actions taken by the project team and are fully aware of the steps that have been taken, which are in line with our policies,” said Chief Kukpi7 Rosanne Casimir.