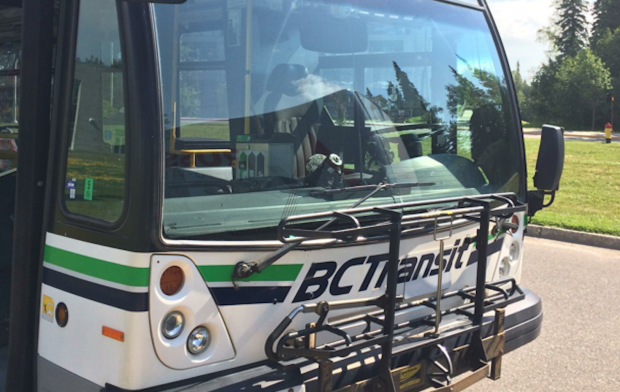 FIXING A PROBLEM at the expense of a few isn’t solving the problem.  It’s making the few pay the cost for the many.

The decision of Kamloops City Council to do away with bus transfers is case in point.

It’s been a few weeks since the decision, but it still doesn’t sit well with me.  The idea of the new system is that a one bus trip will cost $2, but there are no transfers.  If a rider changes to a second bus, then they have to pay another $2.  So a trip from Westsyde transferring at Northhills to TCC would cost $4.  Similarly, from Valleyview transferring downtown to Northhills Mall, or Dufferin via Aberdeen Mall to downtown would cost $4.

The City Council’s logic is that there aren’t that many people using cash to take the bus, and even fewer who take the bus one way.  And, as is the case with many bureaucratic decisions, they argued the old paper transfers were difficult to administer.

They argued (all but Councillors Sinclair and Bass, who opposed the change) that most people take return trips on the bus, so the all-day ticket was equivalent to two $2 one way trips with transfers.

I don’t know everyone who takes the bus.  But I do know one person, a high school student who takes the bus across town to attend sports practises.  The youth takes the bus from Westsyde to Valleyview or the TCC.  On the way home, they get a ride with a teammate. Suddenly, their bus ticket to get to practice has gone from $2 to $4.  Practices are 3 times a week, so that’s an additional $24 per month.

Maybe it doesn’t matter. The $24 isn’t that much anyways.  And (as was argued by some on council), only 5% of the riders use transfers.

Maybe it doesn’t matter, except that the high school student is in a single parent family with no vehicle. To solve an administrative difficulty of transfers, we’re downloading a significant cost onto this young person and their family.

The people who we want to give independence to, young people, should be encouraged to take the bus. It doesn’t just benefit them, it benefits all of us that young people aren’t being driven all across town for every event they go to.

Fixing a problem at the expense of the few isn’t just happening with buses.

Paul Lake is a wonderful gem just a few kilometers from our city.  It is valued by kayakers, canoers and fishers in small boats.  It’s also home to loons, coots and mallards.  As a result, a few years back, the Ministry of Forests, Lands, Natural Resource Operations and Rural Development blocked trailered boats launching at Paul Lake Provincial Park.

As a result, if you want to put a boat into the lake, you must be able to carry it past the barricade. For small boats such as a canoe this is fine.  For strong people, with a bigger fishing boat, this is easy.

But for some, it is impossible.  Like for my dad.

My dad has fished in Paul Lake his whole life.  It’s his favorite fishing lake.  Or at least it was until they put the barricades up.  There is no way, at 86 he can carry his fishing boat past the barricade. Even with the help of my 84-year-old mother.

I was up at Paul Lake last week, and it’s clear that many people can get their boats through the barricade.  But the people I saw launching boats were all considerably younger and stronger than my dad. Being young and strong should not be the requirement for going fishing at Paul Lake.

Having a solution for keeping out large power boats off Paul Lake at the expense of excluding those without the physical abilities to carry small fishing boats across barriers isn’t a solution.

Young people use buses, old people go fishing.  Governments large and small need to start thinking more about the few when they come up with solutions for the many.