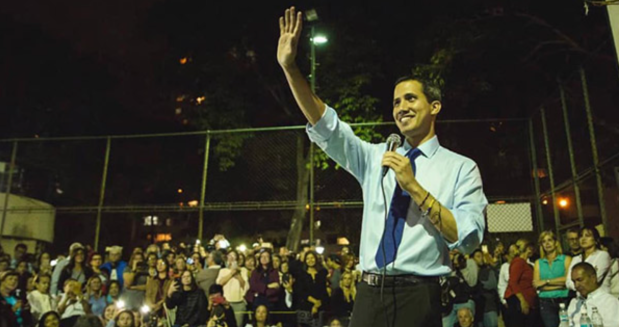 Apparently it’s wrong for Russia to interfere in U.S. or Canadian elections, but okay for the U.S. and Canada to pick Venezuela’s leader

LAST SPRING, much of the opposition in Venezuela boycotted a presidential election, which they lost.

Canadian monitors of the election reported that they “witnessed a transparent, secure, democratic and orderly electoral and voting process” and “felt confident that the result of the elections represents the will of the majority of Venezuelans who voted.”

Prime Minister Justin Trudeau now calls for a new Venezuelan president to be installed, to replace the elected one. And so we see how unprincipled our federal government has become under former prime minister Stephen Harper and Trudeau alike.

Apparently it’s wrong for Russia to interfere in U.S. or Canadian elections, but okay for the U.S. and Canada to pick Venezuela’s leader. Canada sells arms to Saudi Arabia but intervenes for democracy in Venezuela.

The interventions have left more than one million dead, several million displaced or refugees abroad, societies destroyed and public money wasted. Compliant journalists beat the drums for regime change, while ignoring past lies about weapons of mass destruction, equality for women, democracy and other pretexts.

There are horrendous details for every intervention. In the Guatemalan case, all of the people in the village would be put in the church and burned alive. On my shelf is an inch-thick book produced by the country’s Catholic church as part of its Recovery of Historical Memory project. It lists in small font the names of tens of thousands of victims.

As for Venezuela, the real goals are to control its oil, hurt China (a major creditor of the country), and make clear that any effort to go another way will be sabotaged and starved into submission. And if that doesn’t work, it will be broken by force.

Voting masses of the world take note: you have less combined wealth than a few dozen billionaires and you’re not allowed to govern.

Since before the first failed coup in Venezuela in 2002 – aimed at Hugo Chavez and backed by the administration of then-U.S. president George W. Bush – the country’s government has been a thorn in the side of the U.S. To intervene now is to dust off the imperialist Monroe Doctrine, which says that U.S. elites decide what happens to Latin America’s resources, not Latin Americans.

The world is a more dangerous place thanks to all these invasions and coups, marked especially by the illegal invasion of Iraq in 2003, which former prime minister Jean Chretien courageously chose for Canada not to join.

Nevertheless, Canadians born in the 2000s have lived their lives under a cloud of war and propaganda, which seems to be getting worse.

When I was a child, Pierre Trudeau was prime minister and Canada was a moderating voice that sometimes supported Third World experiments with nationalism and socialism as alternatives to foreign economic control. It was their right to try other ways, free from outside intervention, and it was our contribution to respect their right.

The closest parallel to Venezuela today is probably the overthrow of Salvador Allende (also elected) in Chile in 1973. Allende’s attempt at democratic socialism didn’t provide enough stability for U.S. copper interests, so the CIA orchestrated a sabotage campaign and then a military coup, led by Gen. Augusto Pinochet.

Poor neighbourhoods were drowned in blood as Allende supporters were rounded up and crushed with tanks in the national stadium. As Kate Millett describes in her book The Politics of Cruelty, political prisoners were rolled out on gurneys into amphitheatres where they were tortured, by experts, for an audience. In this intervention, tens of thousands were tortured, killed, or disappeared.

At the time, Canada didn’t cheerlead for an overthrow. Indeed, we helped many Chileans escape their hell. A father of a friend, working in Santiago, reportedly smuggled hunted individuals to the Canadian embassy, from which they could seek haven abroad.

Now the prime minister has joined those who demand a coup in Venezuela, backing the most anti-democratic elements in Washington and allying Canada with extreme right-wing governments in Brazil and Colombia.

Hey, the 1980s are back and ready to splash blood on Trudeau’s socks. Say no to overthrows, prime minister, not yes, please.

Gus Van Harten is a professor at Osgoode Hall Law School of York University. He is the author of Sold Down the Yangtze: Canada’s Lopsided Investment Deal with China (Lorimer).
© Troy Media