Most Canadians, including westerners, say it’s unlikely the west would separate from the rest of Canada

February 5, 2019 – As Canada’s federal party leaders woo voters from coast to coast in this election year, the latest public opinion survey from the Angus Reid Institute finds that in the country’s four westernmost provinces, many of those voters may be looking for a new alternative altogether.

The fourth and final chapter of the Institute’s comprehensive study on identity, politics and policy in Western Canada looks at two potential consequences of the west’s dissatisfaction with the federal government: Separatism, which most westerners think is unlikely; and the rise of a hypothetical western regional political party, which appears to have considerable support.

While this part of the country is not a monolith – the four provinces have disparate identities and interests – they are united primarily by two key commonalities: their agreement that the west is a unique region within Canada and their belief the region is treated unfairly by the federal government in Ottawa.

These sentiments manifest themselves in an openness to a different option at the ballot box. When asked how they would vote in a federal election involving all of the current federal parties, plus a new, hypothetical “Western Canada Party,” a plurality of respondents across British Columbia, Alberta, Saskatchewan, and Manitoba (35%) say they would vote for the Western Canada Party. 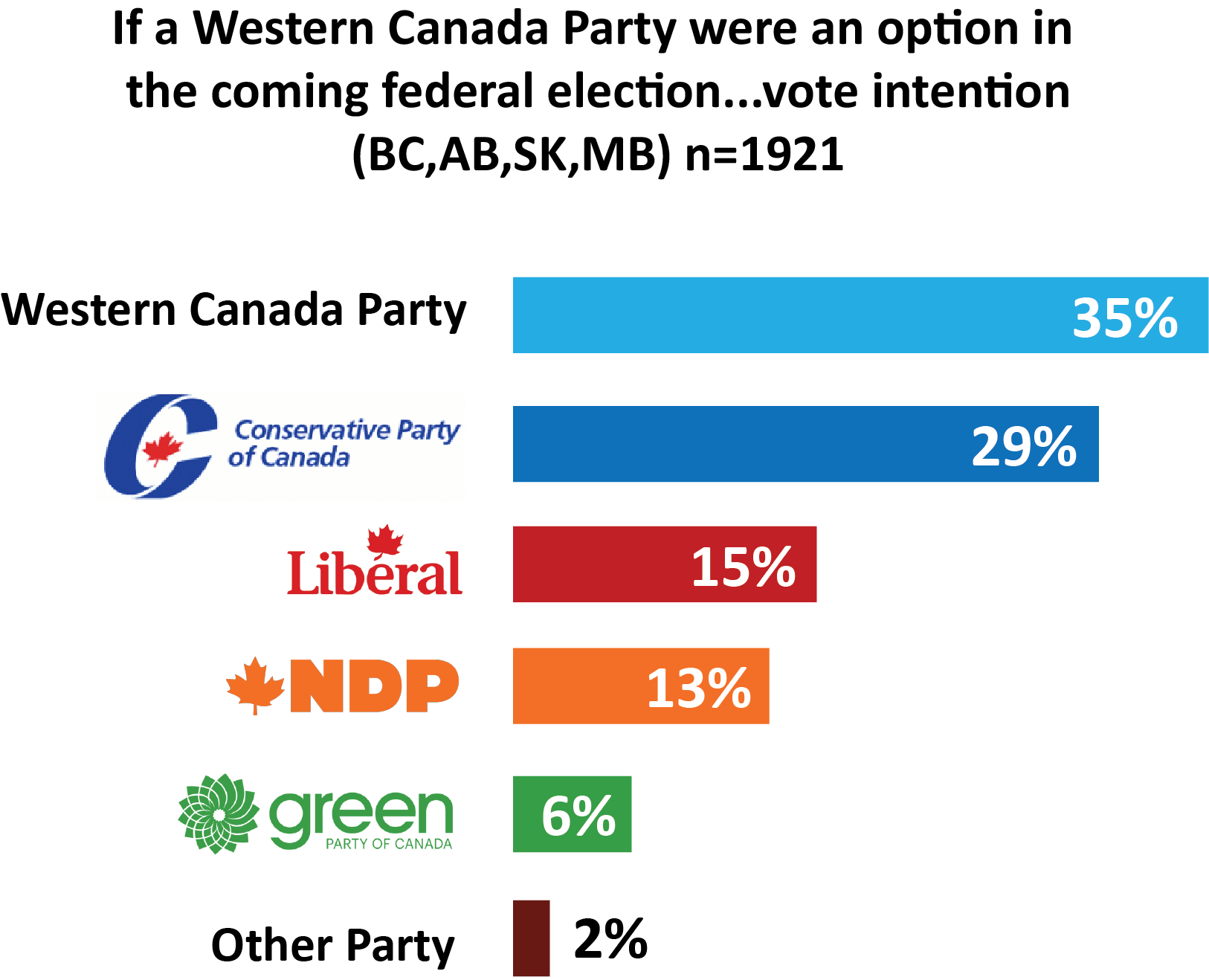 Link to the poll here: www.angusreid.org/western-canada-separatism