As mayor I wrote a column called City Hallways. Here’s the one published in 2004 on the occasion of Canada Day.

IT WAS ANOTHER great Canada Day in Kamloops. With your indulgence, I offer the following excerpt from my speech at the opening ceremonies:

Today is a day when we pause to count our blessings and calculate our good fortune as Canadians.

It’s a day to think about what it means to be a Canadian. There was a time when that was very difficult to answer. 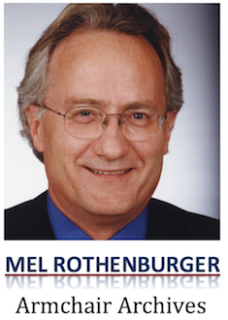 There was a time when it was uncommon for anyone to fly a Canadian flag at home, to speak proudly about our history, to brag about this country of ours.

That time has past. Our identity is clearly defined by those things that make us distinct, that collectively generate a national spirit among the 32 million people in this 10 million square kilometres of scenic wonder as never before.

The time has come to be proud of all things Canadian, to smile as we see the reflection of ourselves in our unique Canadian symbols – the Maple Leaf, the Mounties, the Trans-Canada Highway, the Blue Nose, the beaver, Timbits, the MacKenzie brothers, the GST, the Robertson head screw driver.

We have more donut shops per capita than any other nation in the world, and we eat more Kraft dinner than the citizens of any other single country.

People from other countries think we say “eh” after every sentence and that’s OK, eh?

We’re the only people in the world who eat Nanaimo bars, back bacon, Glosettes, Shreddies. The only ones who drink “pop” and put “whitener” in our coffee, pick up a “twenty-sixer” on the way home.

We wear Stanfields, and something called a toque in the winter, when we warm our cars with that great Canadian invention, the block heater.

We use “serviettes” at dinner.

We have bald-headed television announcers. We eat with our fork in our left hand.

We spend loonies and toonies and Canadian Tire money, and we define our commerce and even our lifestyle by Molsons and Labbatts, Roots, Petrocan, Chapters, the Bay and the Keg.

We’re peacekeepers, not war mongers, and we seek, as a nation, peace, order and good government.

Cities with nicknames like Lotusland, Hogtown, Cowtown, Steeltown, the Rock, the Loops.

And in our own community we have our own symbols – Mounts Peter and Paul, the meeting of the waters, the Marigold, the Cattle Drive, the Weyerhaeuser stack, Kami the Trout, the University of Kamloops.

We’re strong and proud in the Great White North and in the Tournament Capital, and it’s time to brag about it.

It’s okay to fly the flag, and to dress in tacky t-shirts and goofy Maple Leaf hats.

On this day, when we celebrate our diversity, and welcome all, let’s remember that we have a country worth boasting about.

Have a great Canada Day.

I’ve been corrected on one point. I was unaware of the fact that people in some other countries eat Shreddies. I’m told they’ve been a breakfast staple in Great Britain for several decades.

Which raises the question: why?

However, the point is that we do have our own identity. On past Canada Days, I’ve spoken about famous Canadians, about Canadian inventions, and Canadian characteristics.

As I said a couple of years ago:

“It’s a day to remember what Canadians have achieved in the very short time since our young country was formed by people of vision, people who believed that a nation should welcome all comers no matter what their place of origin, their religion, their culture, or their colour. Men and women who believed that differences can actually make us stronger – but that ultimately we all have in common the wish to build our country community by community.

“It’s this spirit by which Canadians have been proving themselves to the world for almost 140 years.”

We enjoyed a very pleasant visit for a few days from 22 residents of Uji, our sister city in Japan. They left for home Saturday.

The delegation was led by Michio Taniguchi, superintendent of the education board of Uji. Two city councillors, Hiromu Ide and Kyoshi Kawagoe, were also part of the group.

They visited a number of local sites and took part in the Canada Day ceremonies. As well, they were hosted at a lovely dinner on their last night by the Kamloops Japanese Canadian Association.