June 28, 2018 –  It’s a familiar debate in urban Canada: a city announces plans to build a dedicated bicycle lane on a major roadway and opponents – fearing loss of parking, loss of business access, or an increase in traffic congestion – attempt to apply the brakes. Cycling advocates, meanwhile, gear up their encouragement of the new lane, which they argue will make riding a bike safer and more accessible for novices.

Now, a new public opinion poll from the Angus Reid Institute finds most urban Canadians all for separated bike lanes in the abstract, but less-than-enthusiastic about building more of these lanes in their communities.

And while most Canadians say there isn’t much conflict between cyclists and drivers in the cities where they live, people who’ve borne witness to clashes between the two groups tend to blame those on two wheels, rather than those on four.

These findings come as the country’s largest city searches for ways to make its roads safer in the wake of a surge in pedestrian and cyclist deaths so far in 2018. 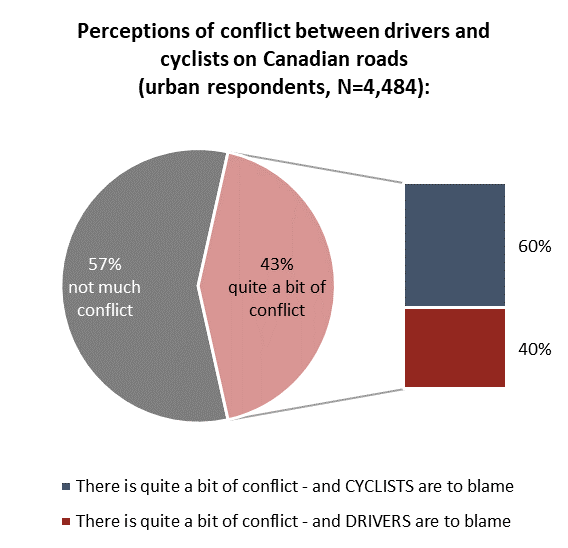 Link to the poll here: angusreid.org/bike-lanes/