June 18, 2018 – The TransMountain pipeline saga has had enough twists and turns to rival its potential path from Edmonton to the Burrard Inlet. The latest – a decision by the federal government to purchase the project from Kinder Morgan – has split Canadians down the middle, according to new public opinion polling from the Angus Reid Institute.

The poll finds equal numbers of Canadians saying the government made the right decision and the wrong decision (37% take each side), while a significant portion of the population is unsure (26%).

The debate rages on. Two-thirds of those who say the government made the right decision in buying the pipeline feel this way because they believe the project will be a good investment for Canadian taxpayers (66%). Opponents, on the other hand, say that the government has set a bad precedent for future resource projects by taking control of this one (64%). 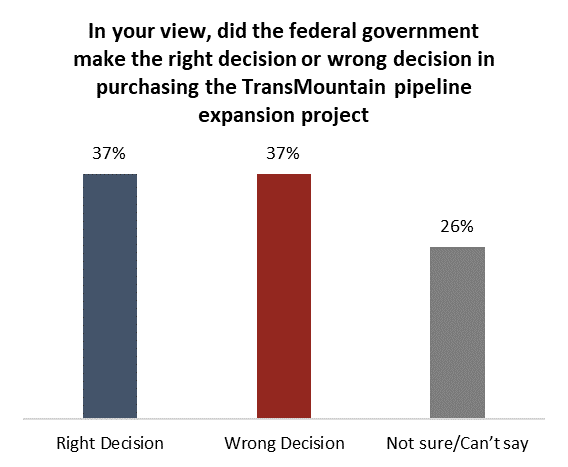 Link to the poll here: angusreid.org/federal-transmountain-purchase/