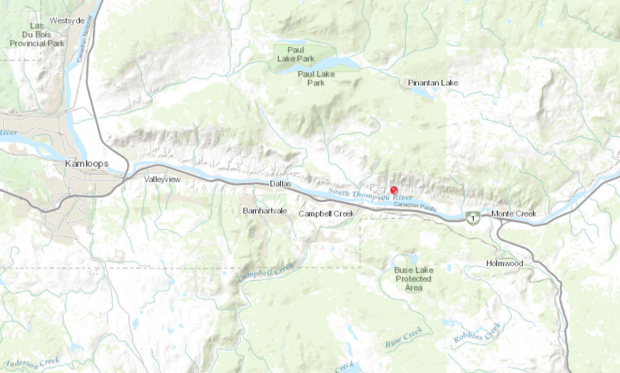 Residents of Country View Estates on East Shuswap Road were temporarily evacuated Friday night (May 18, 2018) after a brush fire broke out in the 3000 block.

The fire was reported about 9 p.m. BC Wildfire Crews quickly brought the fire under control and crews remained on scene overnight to monitor.

Due to the proximity of the fire to the Country View Estates mobile home park, residents were evacuated as a precaution until the fire was confirmed as being under control.  All residents have since returned.

The cause of the fire is currently under investigation.