A RIVER in New Zealand has been given legal personhood status and will have the same rights as a human being. It’s the first time in the world that a river has been legally recognized as a living entity. The impact on environmental battles across the globe could be significant. 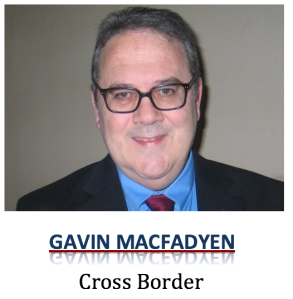 It brings to an end a 140-year legal battle in which the local Maori tribe sought to have the Whanganui River – New Zealand’s third largest – recognized as an ancestor. They consider the river a living relative – as connected to them and their identity as is a flesh-and-blood human.

Let’s put aside for a moment the particulars of this New Zealand case, which was the result of a government trying to redress wrongs visited upon indigenous peoples. If we focus instead on the notion of a river being viewed as a legal person under the law, then it becomes apparent how chock full of possibilities such a view is and how it could impact future environmental battles.

Reaction has been swift. A court in India has already cited the New Zealand legislation as inspirational in its decision to grant the Ganges river the status of a legal person. Its main tributary, the Yamuna, was given the same recognition.

The result is that polluting or damaging these rivers will be treated under the law as it would treat the harming of a human.

Most importantly, it gives the rivers the all-important legal requirement of standing in any dispute, by their very nature as legal persons. No longer would an environmental group have to go through legal gymnastics to even bring a lawsuit by first establishing their own standing – i.e., showing to the court that they have a direct and recognized legal interest that could be harmed should harm befall one of the rivers.

This piggybacking of claims – establishing a secondary harm suffered by one group as a result of the manifest and primary harm to a natural entity (river, mountain, forest, etc.) — is what defeats most environmental battles before they get started. Most groups find it difficult to meet the baseline requirement of standing. Arguing that harm to the natural entity was in and of itself reason for legal intervention has not been a sufficient starting point.

But it might just be now. The legal person approach will have an immediate and worldwide effect in how environmental battles are argued. It will usher in a new age of vocabulary and strategy that will lead to a revolution in how courts, governments and corporations are asked to view the natural world.

The argument that nature is a living, breathing organism – and therefore worthy of protection from harmful exploitation at human hands – can now be made with the full force of supporting legislation and legal precedent.

Changing how we view the natural world could result in a global reorientation to how the interests of humanity and nature intersect and are evaluated. It could forever change the expected government or corporate response to inevitable conflicts – where damage done has been rationalized as an acceptable price to pay in the furtherance of human society on Earth.

Where one stands on the notion of a river being a living thing likely depends on broader views of humanity’s relationship with the environment. What the legal person designation reflects is a view of an inter-relatedness and deep connection between humans and the natural world, and that we are stewards – not masters – of the natural wonders of our planet.

It may be in future that governments or corporations wishing to exploit the natural world for economic benefit – without suitable deference given to the harm such projects may cause – will not be able to push forward by relying solely on their environmental impact reports.

In fact, they may soon find themselves up the river without a paddle.

Gavin MacFadyen is a Canada-raised, U.S.-based writer and occasional lawyer.