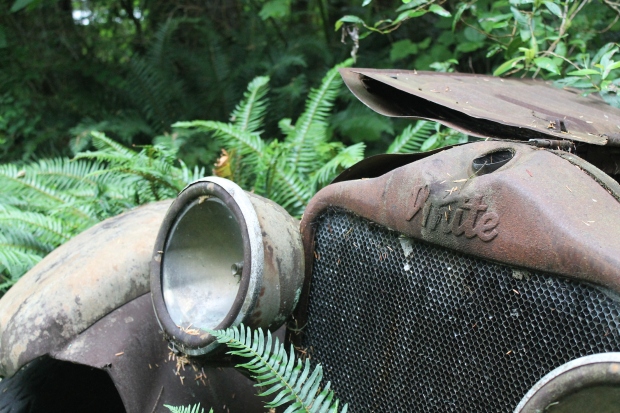 Daniela Ginta writes for The Armchair Mayor News on Fridays.

COLUMN — There are many pressing environmental issues that have my attention these days, such as the new decision that Shell can drill in the arctic (restrictions notwithstanding, drilling is drilling), or that our premier is about to sign up the province for many long years of LNG extraction. 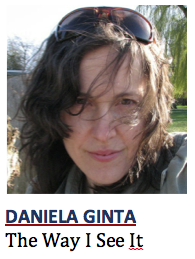 Meanwhile, there is yet an urgent community issue that I wish to put forth. Traffic matters. I love driving, but it was during a drive from Vancouver to Kamloops a couple of months ago that I felt uncomfortable on the road and fearful. A semi, as big and roaring as semis can be, was tailgating. Kind of a bullying situation in the school yard but with cars.

To see a big truck way too close to a small car was scary for many reasons. What if the small car had to hit the brakes to avoid collision or another hurried driver sneaking in front? Mass and speed make for one major road threat, and breaking becomes a lengthy process that could take lives or maim someone.

That was before Hope. Once the speed limit switched to 120km/h after Hope the road became a race track. I used to love speed. Car and road bike. One could argue that it can be done safely in certain areas. I changed my mind on that one once I allowed physics to imbue the reality of driving fast, and even more so after hearing a line that kept repeating itself to create a haunting, yet necessary effect. Whether said in first or third person the story ends with ‘…did not expect that car to drive into ours… The guy was doing at least 150km/h…’

If you’re lucky, you end up with some temporary health problems. If not, it’s chronic ones or death. I have a friend who is still mourning the death of his child. There’s nothing in this world to ever explain how risking not just your own life but everyone else’s on the road is not a capital sin.

Truly, there is little police reinforcement on some roads so it is left to us drivers to keep it civilized, whether that means no tailgating or abiding by other road signs and prompts. Which means that even though 60km/h in construction areas may feel like you’re barely moving, after rolling at 120 for most of the drive, you cannot go 80 or more just because 60 seems intolerable.

Honour and driving could make a smashing combo and a safe one for everyone. Two issues stand out regarding honour on the road: drinking and driving, and hit-and-run scenarios. How many people drink and drive and are never caught because somehow they never get involved in a dangerous situation that ends someone’s life?

The stories I’ve heard from many people are heartbreaking. The punishment is a mild one still, in Canada, and if being punished is what it comes down to… well, let’s just say we’re all innocent until proven otherwise, but what a way to live. As for hit-and-run, that might be classified as a classic case of missing honour.

Here’s a story I heard recently with the mention ‘Please write about it, it’s just so wrong…’. It is indeed. Imagine person A driving into a parking lot, parking and walking into a store, only to emerge 20 minutes later to find person B standing by the car and pointing to person C just a few steps away.

‘That guy just hit your truck.’ Person A assesses the damage. Meanwhile, person C walks over and says to person A: ‘You hit my car.’ Bedazzled, person A says, ‘No, I didn’t, I was in the store.’

Person C is relentless. ‘Yes you did.’ Person A resists and strikes forth with the confidence of having backup. ‘No, I didn’t. You hit mine, that guy saw you.’ Silence.

Person C, now exposed, and in lower voice ‘OK… well, is there any damage?’ No comment.

Honour? Nope, at all. Sad and scary? Yes, in more than one way. Taking responsibility for our actions is a mature thing to do, on the road, in parking lots, at home, at work, whether a thousand people see us or no one does. Someone always does. Ourselves.

Honour is what makes our society liveable and good to live in. Safe. Humanity has always been flawed, no period in history had only honourable people walking around, but having walked on this Earth long enough as a race, we ought to show that we understand more and behave accordingly. If you create a situation with a negative consequence, you own it and fix it and that’s that.

Being unforthcoming about things, even trivial matters, creates room for bigger ones to occur. And they do. It’s called complacency. It grows like the scum on unattended ponds and it takes over transparency. There may be a time to shrug and brush over the consequences of our actions if they are not of deadly nature, but the point is, when we’re in a social situation, we need to show our grown-up side and own up to it all, good and bad.

Learning happens when the mind is open. Keeping our minds open is a sign of understanding our commitment to life and all its magic. Mindfulness. When we do, good things happen, and that means mistakes too, as they become opportunities to learn. A measure of honour if you will.