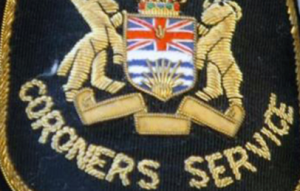 NEWS — The B.C. Coroners Service has confirmed the identity of a man who died at Kamloops Regional Correctional Centre on Monday

The man was Daryl Vic Belseck, aged 52, an inmate at the facility.

Belseck was discovered dead in his cell by staff at the facility Monday morning. The circumstances of his death are not considered to be suspicious.

The coroners service continues to investigate.