NEWS/ WILDFIRES — More help is on the way.

An increase in fire activity around the province has prompted the Wildfire Management Branch to request the help of 200 additional fire suppression personnel from out-of-province. 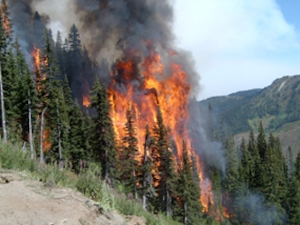 On Saturday, 40 sustained action firefighters from Quebec, plus 20 from Nova Scotia and 20 from New Brunswick, will arrive in B.C.

Ontario is supplying 120 more crew members who will arrive on Sunday, the wildlife branch said tonight (Friday). All personnel will be flown into Prince George and will be deployed throughout the province based on current and anticipated fire activity.

Despite a temporary respite in temperatures in northern B.C., continued hot and dry conditions combined with provincewide wind gusts are expected throughout the weekend.

The fire danger rating for the province is primarily “high” to “extreme.”

Campfire prohibitions are in effect in many areas of the Wildfire Management Branch’s jurisdiction.