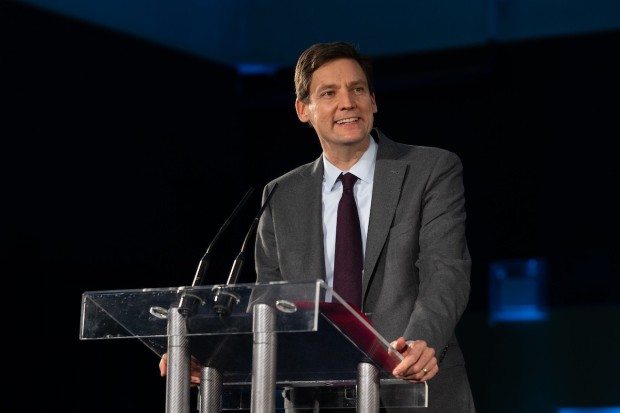 WE MIGHT FINALLY be getting somewhere with prolific criminals. Premier David Eby yesterday announced a plan to keep repeat violent offenders off the streets.

The problem of criminals who keep getting caught, released and offending again is perhaps the most vexing of components in the homelessness-addictions-street crime continuum. Eby’s announcement Sunday answers, in part, critics of his vague “100 days of action.”

There are several pieces to the plan. One is the creation of new repeat violent offender co-ordinated response teams aimed at stopping repeat offences before they occur.

A related matter is the expansion of mental-health crisis response teams. That’s something mayors around the province have been begging for, and which, until now, has been ignored.

Kamloops already has one Car 40 — which teams up an RCMP officer and a healthcare worker — but the City has been asking for more of them. It’s unclear whether the Kamloops request will finally be granted, or if Eby’s promised expansion will be aimed only at cities that don’t have the program yet.

However, here’s a big cog in the Eby plan: setting a “new direction” for handling bail for repeat offenders, which appears to consist of allowing Crown counsel more leeway in seeking detention. The lax bail system is seen as one of the major problems in dealing with these offenders, and Eby says changes will take effect tomorrow.

If the idea works, it could mean a fairly quick change for the better on the street.

And, while it wasn’t part of yesterday’s announcement, the new premier’s intention to take the lead in cleaning up the Downtown East Side in Vancouver could hold the greatest promise of all. If he succeeds, it could provide a template for handling the street problems in other cities, such as Kamloops.

He hasn’t provided details of how he intends to do that, either, but Eby seems to be heading in the right direction on these key issues.

Mel Rothenburger is a former mayor of Kamloops, former TNRD director and a retired newspaper editor. He is a regular contributor to CFJC Today, publishes the ArmchairMayor.ca opinion website, and is a recipient of the Jack Webster Foundation Lifetime Achievement Award. He can be reached at mrothenburger@armchairmayor.ca.