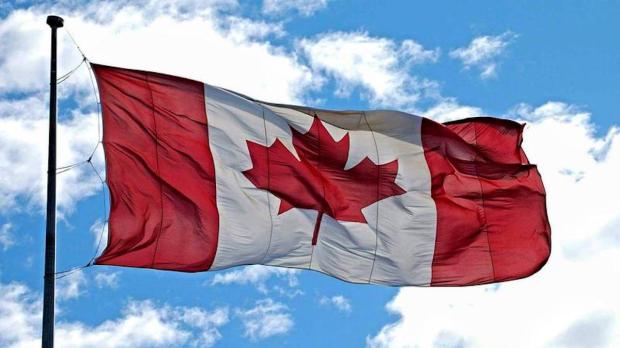 Our national flag has managed to become a subject of controversy. To lighten things up a bit on Canada Day, here’s a fun quiz about the flag.

Answers are at the bottom. No sneak peeking.

1. What type of maple leaf is in the centre of the Canadian flag?
A) A mountain maple leaf
B) A silver maple leaf
C) A sugar maple leaf
D) A stylized maple leaf

2. Which of the following symbols was the first to emerge as an emblem of Canada?
A) The beaver
B) The maple leaf
C) Hockey
D) The canoe

3. True or False: The number of points on the maple leaf depicted on the Canadian Flag represents the number of provinces and territories in Canada.
True
False

4. In 1921, which colours were proclaimed by King George V as the official colours of Canada?
A) Red, white and blue
B) Red and white
C) Green and yellow
D) Gold and blue

7. The Canadian Red Ensign was used as an official flag prior to 1965. Which of these elements will you find on that flag?
A) British Red Ensign
B) The Royal Union Flag in the canton
C) Shield of the Coat of Arms of Canada
D) All these answers

9. When should a flag be replaced?
A) At the end of the year
B) On February 15
C) When it is damaged

10.True or False: There are strict laws governing the use of the National Flag of Canada.
True
False

11. Bonus question – True or False: The study of flags is known as “vexillology”.
True
False

1. D) A stylized maple leaf. To be fair, this is a bit of a trick question because the leaf on the Canadian flag does not represent any specific species of maple. However, it is inspired by the leaf of the sugar maple.

2. A) The beaver. One of Canada’s first emblems was… the beaver! This is because of the importance of the beaver to the fur trade, which was a major economic factor that drove exploration in Canada from the 17th to the 19th century.

3. False. The design of the stylized maple leaf on Canada’s National Flag is meant to help keep the symbol visible and distinct when seen from far away and in windy conditions. Its 11 points are solely a feature of graphic design, and do not reflect Canada’s provinces and territories.

4. B) Red and white. Red and white became Canada’s national colours by proclamation of King George V in 1921. Besides a historical connection to France and Britain, two of Canada’s founding European nations, red and white might also represent the red of autumn maple leaves, and the white of the snow.

5. C) 1965. The national flag of Canada was declared official by proclamation of Her Majesty Queen Elizabeth II on January 28, 1965.

9. C) When it is damaged. As a sign of respect, the National Flag must be in good condition when it flies. If it is no longer in good condition because it is frayed or has faded colours, it must be replaced with a new flag.

10. True. There are laws that regulate the commercial use of the flag. However, there are no laws that govern how private individuals and organizations display the flag. There are customs and conventions for proper use of the flag and the Government of Canada has certain rules that are followed on government property throughout the country. These act as guidelines and good practice for everyone to follow.

Bonus question – True. Vexillology is the study of flags. Vexillologists, or flag experts, often consider the National Flag of Canada to be a particularly well-designed flag.

1 Comment on CANADA DAY QUIZ – How much do you know about our National Flag?