The hope is that he is coming to Canada this summer to formally apologise for the actions of the Catholic Church, and do it on Canadian soil. 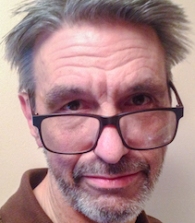 The Vatican said Friday that the pontiff is to stop in Edmonton, Quebec City and Iqaluit between July 24 to July 29. The Vatican selected the three cities based on the length of the trip, the vast size of Canada and the health of the 85-year-old pontiff.

Although some details of the itinerary have yet to be announced, it looks like he will not actually be visiting any residential school sites while in Canada.

The Union of BC Indian Chiefs has urged a change in itinerary to include the former Kamloops Residential School site. Chief Rosanne Casimir of the Tk’emlups te Secwepemc First Nation said it’s a missed opportunity if Pope Francis does not visit the single largest residential school in the country.
Its interesting.

I accept that His Holiness is experiencing some health concerns that affect his movements. The 85-year-old was diagnosed with sciatica in 2013, had colon surgery last year and presently has a severe knee issue which limits his movements. He even has to use a wheelchair at times, can not ride in a helicopter and can not even take stairs.

It is obvious that his travel itinerary in Canada will not be as full… as if he could just skip to his pope mobile.

We need to look at why.

Church and Vatican political think tanks have probably decided that images of the Pope standing in front of a field full of child graves, graves filled by the direct actions of his church, is too far, is too much, and may begin a tidal wave of discontent within the church and its worldwide congregation.

They likely see a more measured, distant and non-shutter happy image set from the Canadian visit, as better serving the churche’s agenda of satisfying the need for the apology, all while minimising potential long-term damage to the church itself.

Therefore, images with Popes and graves … are best avoided. We may be witnessing damage control of the highest order.

Historically, the Catholic church has shown it’s far more willing to address its own failings with deafening silence, with embroidered drapes drawn between its public persona and the truth, always playing the extreme long game, protecting itself first. It’s what they do and they do it very, very well.

At least he is coming to Canada to deal with this.

At least he met with the Canadian contingent when they visited him in Rome.

At least he is speaking to this history, and appears willing to take responsibility.

We should be heartened that we are in a time when these events in Canada (and elsewhere) are coming to the forefront, exactly while we have a pontiff that is willing to address it head on.

Who would have thought 10 or 20 years ago that we would be expecting the Pope to visit with an apology for mistreating First Nations peoples? Yet here we are.

So, although it was nice to think that the actual Pope was going to come to our fair little city, alas it is not to be, but that doesn’t negate the importance of the visit to a great many people across this country.

In the end, it’s what he says, not where he goes.