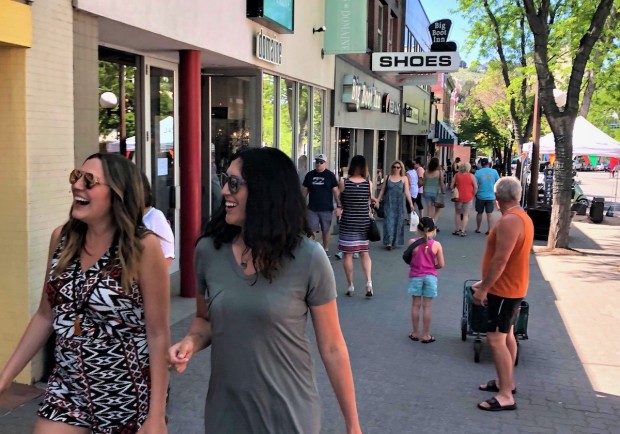 AS MUCH AS WE THINK of ourselves as a land of trees, lakes and wilderness, more and more Canadians are an urban people.

Living in urban areas can be difficult at times.

Going online, there is a constant list of posts from people warning their neighbors of petty crime in their neighborhoods. Cars are broken into.  Backyards are pilfered.  Mail is stolen.  It can be frustrating to have to be constantly vigilant.

There are different ideas of what are bothersome activities.  The Halloween fireworks brought joy to many, but others complained that the sound disturbed their children or pets.  Some want more fireworks; others want them banned.

Last week, I was out in my neighborhood, and I heard loud honking.  Down the street was a truck whose driver was vigorously honking the horn.  It seems that another pickup truck was blocking an alley.

The first truck continued to honk.  When that didn’t work, shouting from both drivers started.  Then they both were out of their trucks shoving each other.  And it was only 10 o’clock in the morning.  The issue escalated extremely rapidly for such a small issue, that might have been resolved by a wave and a smile.

We are constantly dealing with conflicts with each other. My freedoms come head-to-head with my neighbor’s responsibilities, and vice versa.

Living in towns and cities is difficult, but we can’t lose sight of the fact that more and more of us live there because the advantages far outweigh the disadvantages.

There are the big things, like more job opportunities, better access to services, and arts and cultural activities.

There are also small things that make living in a city or town a good place, too.

Here in Kamloops, we have neighborhood associations and sports groups working to make things better.  For example, Westsyde Community Development Society is working to build a new skateboard park in their neighborhood.  Living in cities allow groups to pool their skills and resources to provide sports and recreation opportunities for others.

All over town, small things like little free libraires make living in a Kamloops a nicer place to be, too.  It is not just that people have taken the time to build and maintain beautiful book houses.  It’s also that people in their neighborhoods share their books, taking some books and leaving others, and generally keeping the books and the libraries well cared for.  People take time to make it better place for their neighbors.

PITStop, a weekly meal program in Kamloops for people with less means, is not only a great program because it helps some less fortunate.  It also is unique in that every week, it is a different group of people who prepare the meals.

There is such a demand by groups of friends, work groups, and service groups, that most groups can only cook a meal once a year, even if they wanted to do it more often.  People come together and do more than they could on their own.

It can be frustrating living in a city.  We have a range of ideas of what others should or shouldn’t be doing.  There is conflict every day that we must cope with.  But on reflection, the pluses outweigh the negatives of living in a city.  Conflicts are part of living side by side with others.  But cooperation, support, and opportunity are part of the urban life as well.

A smile and a wave go a long way in smoothing over the conflicts along the way.