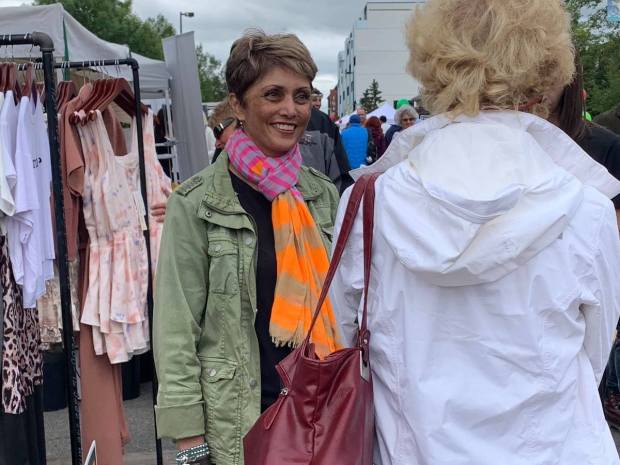 WHEN TERRY LAKE was elected as mayor in Kamloops in 2005, I don’t recall the lead in the news stories calling him British.  This despite the fact that he was born in England and only immigrated to Canada in 1972 at age 14 or 15.

Meanwhile, newly elected mayor of Calgary Jyoti Gondek was also born in England, and immigrated to Canada with her parents when she was four.  Her parents were originally from the Punjab, India, but she was British when she arrived in Canada.

One might think, if anything, Gondek would have been labeled British, but after her election on Oct. 18, 2021, across many media platforms, Gondek was labeled the first Punjabi female mayor of a major Canadian city.

Being of Punjabi descent is something to be proud of, just as being of any background.  Where we and our parents come from informs who we are.

But while Lake was not tagged based on his ethnic background, Gondek was.  They both arrived from Britain as children, but one was labeled an outsider, the other wasn’t.

So it goes that white people often have the privilege of belonging, even when they have arrived from another place, while brown skinned people are othered.

A friend of mine is of Asian descent.  A few weeks ago, they entered a store and the clerk started doing sign language in an apparent attempt of communicate with someone for whom English wasn’t their first language.

My friend is fifth generation Canadian.  Their great-great grandfather helped build the railways through British Columbia.  Yet the store clerk assumed my friend was a newcomer not fluent in English.   On a regular basis, my friend is still made to feel they are an outsider, despite their family having been in Canada for five generations.  My brown skinned friend is othered.

It is wonderful that Jyoti Gondek was elected.  Governments should reflect the people they serve.  There should be a variety of people elected from different backgrounds to ensure different viewpoints are represented and heard.

Since 1897, Punjabi people have migrated to Canada.  It is well past due that someone of South Asian descent lead a major Canadian city.  Gondek’s values and background will help strengthen decision making by the City of Calgary.

We are less than a year away from local government elections here in Kamloops and across B.C.  Some groups have always been well represented.  White males do significantly better than other groups.  For example, here in Kamloops, there has only ever been one council (2011 to 2014) where there were more women on council than men.

Kenna Cartwright is the only woman to be elected mayor in Kamloops. There appears to be no visible minority women ever elected to Kamloops council from the incorporation of Kamloops in 1893 until the present.  And no gender-diverse individuals.

Perhaps Terry Lake wasn’t identified as British because the media considered it the norm that white, male politicians get elected.  But no longer.  City councils are starting to reflect the diverse backgrounds of Canadians.  Rather than being othered, people of diverse backgrounds are being elected.

It is a breath of fresh air to have Jyoti Gondek as the new mayor of Calgary.  Here’s hoping in a year’s time, the next council in Kamloops reflects the broad experiences and backgrounds of our community as well.