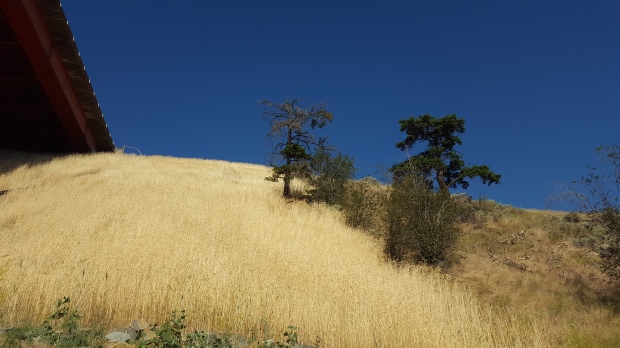 THE SMALL GREEN SPACE near our home is bone dry, like the rest of the interior. There is no public indicator of the fire hazard but the ones in Peterson Creek Park spell it clearly: the risk of fire is extreme. 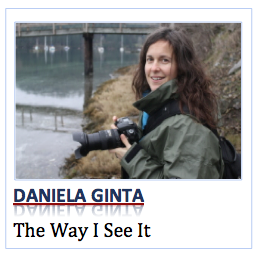 That’s the part we cannot change. The cigarette butts lying near the scorched grass, however… well, that should be an easy one, right? All it takes is a spark.

We’ve been drowning in smoke for weeks now and there’s not much hope to see a clear sky any time soon (I really want to be wrong on this one) so it goes without saying we should be avoiding all possible sources of ignition.

With the long weekend upon us, there might be campfires in our wildfire-battered area, though they are of course banned. Again, I am hoping they’d be properly put out or that some good Samaritans will be taking care of them should they be left burning. I’ve heard enough scary stories, as I am sure you have to, about fires left smoldering.

Next one on the list is the road and its perils. OK, it’s not the road but the people behind the wheel. Some go way past the speed limit, others divide their attention between the road and the phone, and the consequences are often disastrous, not just for those who break the rules but for the other drivers and their passengers.

The word that comes to mind again is ‘avoidable’.

Avoiding troubles that would add to our distressing times is a no brainer. The smoke is relentless and that feels heavy, as we are all wishing for that occasional break to allow for some deep, clean air breaths.

And speaking of breathing, there is the threat of possible outbreaks, like the one forcing Central Okanagan to reinstate restrictions. Viruses travel faster than many care to admit and they thrive in crowds.

One way to avoid it (again, the very concept that can see us safer) is to preventatively wear a mask when shopping and avoid big parties.

This is not meant to create controversy and heated discussions but bring up the same points we saw brought up during the waves we left behind: there are vulnerable people among us who cannot get vaccinated, then there are the children under 12, and of course, those who choose to not get the jab for various reasons.

It sure feels good to return to almost normal and not wear a mask all the time. For the sake of not seeing another ugly COVID-19 peak though, let’s consider the small but significantly important gesture of donning a mask in busy places such as stores. It’s the least we can do.

Finally, and yes, occasionally featured in opinion pieces and often mentioned on social media posts: if you have dogs which you take to public places or parks, please pick up after them. There is dog poop on our many public beaches which are thankfully dog-friendly (and we want them to stay that way for the sake of our dogs!) and at the nearby lakes where so many of us have been finding refuge from the smoke. It’s not pretty, or sanitary, (especially when kids play in the sand) and it’s inconsiderate for the rest of the people, whether dog owners or not. Picking up is the least we can do as responsible dog owners.

In the end, it’s all small things, but they make a big difference. And that matters, more so these days when we’re all feeling the weight of a summer that has temporarily gone sideways.