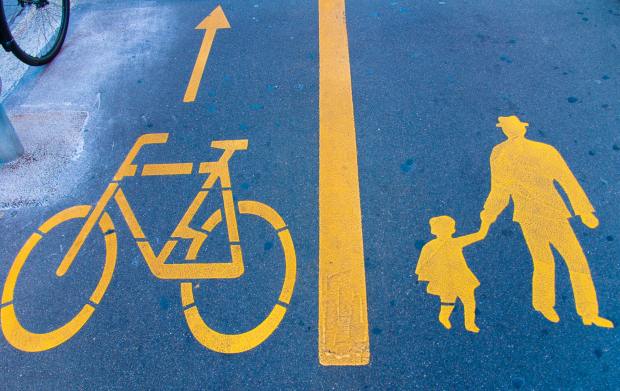 IF YOU WANT to build new housing in Kamloops, don’t forget that parking is king.

Most of all, it doesn’t matter that parking drives up the cost of housing.  Parking must be provided.

This week in council, Coun. Kathy Sinclair came out in favor of reducing minimum parking requirements on some types of housing, such as multi-family, and in some areas of Kamloops, such as the downtown core.  Her argument was that reducing the requirements for parking would reduce the cost of housing.  She is correct.

Providing parking costs money, which ultimately is paid for by the owner or renter of housing.  According to a 2018 Fraser Institute report, an above-ground parking spot costs $24,000, while an underground spot costs $36,000.

That’s a significant portion of the cost of a unit to build.  Then there is the ongoing maintenance, and property taxes.  And the lost opportunity of using the space for something other than parking, like more housing.

Sinclair’s council colleagues disagreed with her, arguing that lack of parking causes conflict, and that car sharing could be required by developers wanting to reduce parking.  One argued that people had the expectation of street parking directly in front of their house.

They felt developers needed to provide more on-site parking to ensure street parking stayed more available.  It was clear that abundant parking, not affordable housing, was on Sinclair’s colleagues’ minds.

Sinclair’s council colleagues ignored that not everyone has a vehicle.  They couldn’t imagine life without a car.

But, currently, about 40 per cent of people in Kamloops do not have a driver’s license.  Why create housing that pre-supposes that 100 per cent of residents will require parking?  Parking requirements assume that driving is the norm.

Sinclair’s council colleagues ignored that housing, not parking, is of higher value to society as a whole.

Whether it is seniors living on fixed incomes, university students who are under-housed, or the working poor, housing is more and more excessively expensive in Kamloops.  These people are not thinking about parking.  They just want a decent place to live at an affordable price.

Just looking at who lives in Kamloops makes it clear parking is not always required.  There are 15,000 on-campus students at Thompson Rivers University.  Almost 1 in 4 are over the age of 65. There are 30,000 people 15 years or older in Kamloops with incomes less than $30,000 per year.  All these groups drive less than the norm, if at all.

Additionally, people of all income levels who live downtown choose to do so because of its walkability and access to transit.  Making people pay for parking they do not  need makes housing more expensive, and is a waste of valuable land.  Requiring excessive parking requirements for multifamily residences in the centre of the city does not serve anyone well.

Look at a satellite image from space and you will see a large portion of our city’s land is dedicated to parking.  Housing has parking, and there is additional street parking in front of most residences.

That’s not even counting parking lots at businesses and public parks.    Kamloops is just another name for parking lot.  Everything else that makes up our city is secondary to the needs of parking.  Parking is king.

Going forward, we can keep designing our city for vehicles, or we can build a city for people.  Parking should not always be a requirement of housing, especially in the core of the city.  Developers should be free to provide parking if they see a demand.  But forcing all new housing in the core of the city to have excessive parking does not build a better city.

Housing, not parking, should be the priority.