I THOUGHT THIS WEEK, what would be best, would be to listen.  Here are a few of the First Nations’ voices I have been listening to through this very difficult week, mostly from Twitter, but also from Facebook, and from literature.

These are powerful voices of First Nations people in and around Kamloops.

I begin with the late author Richard Wagamese who wrote a fictional account of a Catholic Indian Residential School that speaks to the truth of the experience.

“When your innocence is stripped from you, when your people are denigrated, when the family you came from is denounced and your tribal ways and rituals are pronounced backward, primitive, savage, you come to see yourself as less than human. That is hell on earth, that sense of unworthiness. That’s what they inflicted on us.”

Dr. Ron Ignace, the long serving Kukpi7 of Skeetchestn Indian Band shared some of his story of escaping from residential school. 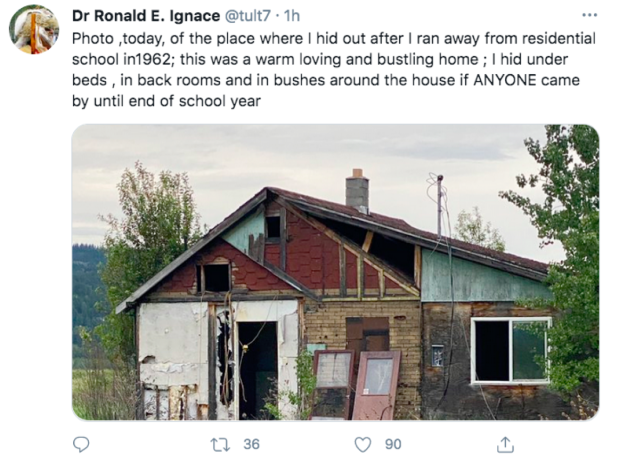 Band Councillor Joseph Jack of Okanagan Indian Band posted how in 1944, the government wouldn’t even pay funeral expenses for students who died at a residential school.

Thomas, the NDP candidate for Kamloops-South Thompson in the last provincial election, encourages people to educate themselves.

Then there was the frustration of inaction of Carl Archie, a band councillor from the Canim Lake Band.

Tyrone Joseph, a member of the Tl’azt’en Nation living in Secwepemculecw talked about his daughter’s understanding of the 215 children buried on the grounds of the old Kamloops Indian Residential School.

I’ll end with the words of Juli Holloway, a Haida (Skidegate)/Kwakwaka’wakw woman living in Kamloops. 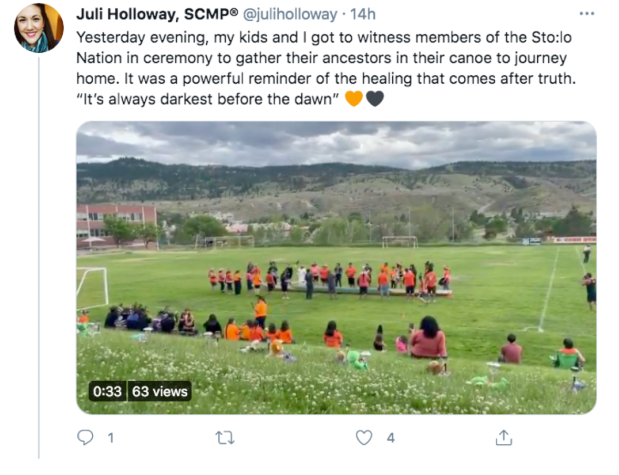 This has been a difficult week, but knowing the truth is better than not knowing.  We can only move forward by starting from a place of truth.  We need to listen.

Thank you Kukpi7 Rosanne Casimir and Tk’emlúps te Secwépemc band council for helping us to listen to the truth, however hard it was, this week.