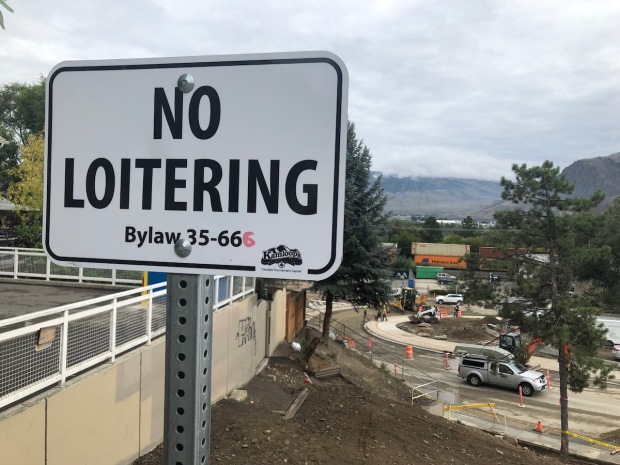 Where the stairs used to be. (Image: Mel Rothenburger file photo)

YOU MIGHT HAVE NOTICED, as you drive up from Victoria Street West onto Seymour, there’s usually a half dozen street folks hanging out at the honking big utilities box beside the sidewalk.

It was installed during the rebuilding of the street. The work also included removing a set of stairs that ran from the street up to the West End.

The area at the top had become a gathering spot for the people of the street, and taking out the stairs solved the problem for nearby residents but the street people now congregate at the utilities box.