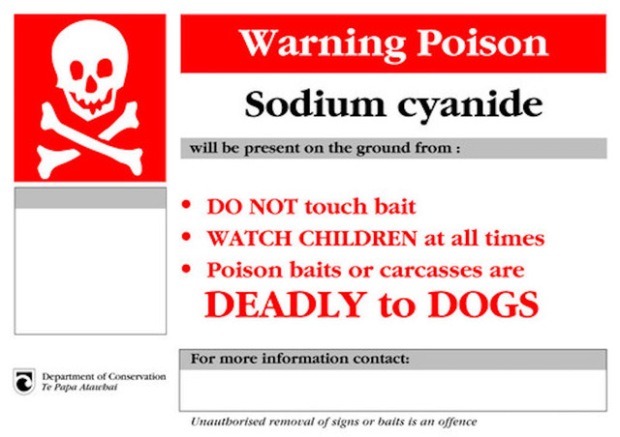 THE WAR ON WILD ANIMALS continues. We’ve become very accomplished at terminating them with extreme prejudice.

The BC SPCA is calling for a national ban on a trio of familiar poisons that have caused wildlife agonizing deaths for decades. Strychnine, Compound 1080 and sodium cyanide have been alternately permitted, banned, then permitted again throughout North America and elsewhere.

They’re called “predacides” and are used in Canada against wolves, bears and coyotes in the name of protecting livestock as well as various wildlife species.

They aren’t currently used in B.C. but they are in Alberta and Saskatchewan.

A news release from the SPCA caught my eye this week. The SPCA wants people to sign a federal e-petition against the predacides.

The reason for the SPCA’s current concern is Health Canada’s recent decision not to use “humaneness” as a consideration when renewal of licences for the poisons comes up for review this spring.