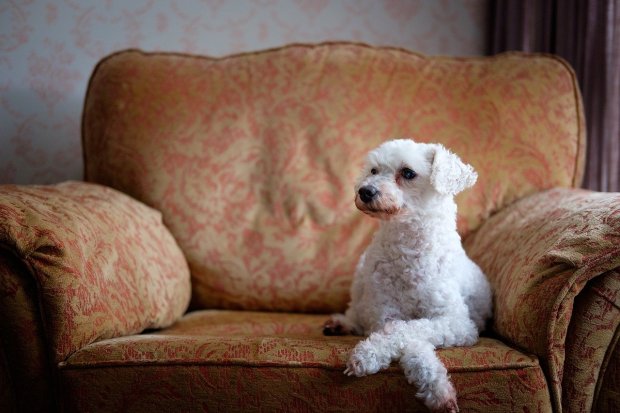 A LITTLE ONLINE BIRDY tells me theres a hub bub going on about dog licensing, late fees and residents threatening to stop licensing their dog over the controversy.

Lets start with the basics.

The annual dog licensing fee is $65.
If your dog is spayed or neutered that fee is discounted $30.
The fee for late payment of the license is $32.50.

Then there are other levels of license fees:

There is a bigger conversation regarding this second set of categories, but let’s set them aside for now and discuss the license late fee for Trixie the pocket poodle, or Baxter the family Retriever, which seems to be where a lot of the noise is coming from.  These are taxpayers feeling beset by yet another bill, in a year that has not been kind on the wallet.

The history of this late fee gets involved. The city’s community services manager, Tammy Blundell, reports that this dog licence late fee was approved by Council in 2019 but this is the first year that the late fee has been levied.

She continues that the late fee amount is based on what other municipalities charge for late fees and that it usually equates to half of the regular dog licence fee; in Kamloops that means half of $65.

History shows that the City was experiencing problems with people not paying on time, up to half of the city’s dog owners, Blundell said. People would wait until bylaws officers knocked on residents’ doors to collect the fee, an obvious drain on Bylaws’ time, which became a cost borne by all taxpayers.

Three thousand dog owners have been charged the late fee this year, of the 7,500 issued licenses. It appears the City is hearing complaints because the late fee was recently discovered by many, by way of the recent non payment notifications that were sent out.

The original license renewal form was sent out in November that outlined all these changes, as well as details on the late fee.  The City also advertised all of this on the City website and on social media.

Part of the problem here has to do with inconsistencies with the rollout. Apparently, many responsible owners never received the original November license invoice at all, or there has been confusion over the City’s ‘paper or email’ options.

As people normally don’t have the City website or their social media outlets notifications set up on their phones for continuous knowledge of the goings on from our illustrious civic leaders … and you can add me to that list of negligent miscreants … they literally didn’t know about it.  Some others received the letter last November and added it to the ‘eventual to be payable’ pile without noticing the late fee details.

Here we are now in the 12th hour and many are being slammed by the recent reminder that their pooch is past the license due date and the cost to renew will be more than double. Suddenly, the City has everyone’s attention, and the phone lines are humming.

Yes, the City has a phone number (Kamloops Community Services Dept – 250-828-3409) and will accept variances for what they call extenuating circumstances, and should you have a continued concern you certainly can write a letter to a member of Council.

Right off the top, let’s remember, people, the person on the other end of the phone line is a worker doing their job, reading from a script.  They didn’t design this system and are not personally charging you the late fee.  Let’s speak with them with the respect and courtesy that they are due.

Then, when you pay this year, make darn sure the info they have is correct for receiving the bill next year and confirm the type of communication you have set up with the City for this, paper or electronic. Jot this information down in your ‘Baxter’ file at home as a reminder.  Maybe consider a device scheduling notification to pop up next November if you are so equipped to remind you.  Of course, that doesn’t mean any of this will work on the City side, but it’s worth a shot.

We are talking a more than 100% increase in fees if you are late again next year.

Now to my rant.

The comments on many online forums really do swing from the reasonable like the above previously discussed, to the completely inane, and that’s what we are going to dig into now.

The late fee amount is congruent with other cities and municipalities, so any complaining about this being some kind of ‘special Kamloops tax’ is just incorrect, as is the usual sidestep to needing to pay City council wages or whatever … that’s just rhetoric. Licenses literally pay for animal Bylaw services and dog parks etc, and does not even cover all that; taxpayers pay for most of it.

The goal for the City here is for dog owners to get it done and pay the bill on time.  This is no different than any other household bill needing to be paid. There was a history of late and non payment for dogs previously licensed, and people got used to the city chasing after them for it … no more … you got your bill, pay it on time. If not … pay more, its up to you.

You are blaming the city because you didn’t pay on time.
Think about how that sounds for a second.

Complaining about the amount of the late fee being almost that of the license itself also doesn’t work … because it’s a late fee … it means you didn’t pay it on time. Now you will remember to; that’s kind of how late fees work.

One person actually tried to equate the late fee to that of a credit card fee … really?  Are you really going to parallel a monthly late fee to a financial institution to the one-time annual maintenance costs of a family member?

Some people complain about the need to pay a license fee at all, and are using the late fee discussion to dredge that up, even going to the length of complaining about paying for the license as a user fee for having dog parks, that they choose not to use.

Look … as a tax paying resident of Kamloops, please feel free to use the amenities like a dog park if you choose, it’s entirely up to you. You’re a dog owner, dog parks are provided, our collective tax dollars paid for it as well as the bit from your license. If you choose not to use it, that’s just fine as well.

All the same, as a dog owner, you will need to license your dog to provide the money to help pay for some of the user costs of that park … because it’s entirely unfair to shoulder that entire financial burden on all taxpayers.

People who use swimming pools pay a user fee at the door, people who don’t use pools don’t pay the user fee, but do pay for part of the pool’s maintenance costs via taxes. It’s the same, but in lieu of a front desk at a dog park, it’s wound into the license cost. Lucky you, you don’t have to cough up $5 at the Pioneer Park gate.

In addition, licensing also part pays for the City borne animal control costs, which includes getting Trixie back, if she runs off on you. You’re welcome for ‘helping’ with that cost, but your licensing pays for part of that service.

That’s how user costs via licensing work. If you really don’t like it, don’t have a dog, because by having one you are not respecting the grace of every taxpayer coughing up to pay for the services you have now or may need one day.

To those saying they are going to stop licensing their dog because of this … good luck with that. Should Baxter run away some day, and Bylaws picks him up without tags or a license, consider him gone, and likely given to the SPCA for them to adopt out. If it had a tattoo or a chip, you could maybe get a call, but you get to pay for the wonderful service you just received by way of a bylaw infraction ticket.

This has also brought up another issue in the same realm.  If your dog is fixed, you get a discount from the regular fee. Luckily the City takes some responsibility in trying to control the pet population, so they give you a discount if you are responsible and you get your dog fixed. That’s a good thing, and it pays you back 50 per cent every year off your license fee, if it’s paid on time.

Long-time residents will remember that back in the day there were a lot of roaming dogs, even feral dog packs and at one point numbers exploded, and dog bites were more common. This is why we have a system that supports spaying and neutering. Regulations and financial incentives like this work.

People tend to intentionally not get their dog spayed or neutered for two main reasons: breeding and ignorance.

If your a home breeder, consider it a business expense, a cheap one.

For anyone else, it’s a tax on stupidity. Some people need to be actually forced to accept what the rest of us consider beyond reasonable, and hitting them in the wallet is one of the few ways to get them to see the light.

Unlike many things in life, especially now … this isn’t layered in complexity or nuance, and it isn’t bogged down by variables.  It’s simple.  Do your part to control the pet population and also pay for your license on time, or it will cost you big time. It really is that simple.

Now quit reading this, because your Baxter and Trixie want to go to the dog park and smell some sweet dog park butt, with their shiny new tag on.