October 26, 2020 – As RCMP are criticized in Nova Scotia for failing to protect Mi’kmaq fishermen in Nova Scotia in a violent dispute over the lobster fishery, and as protestors have taken to Parliament over the acquittal of an Ottawa police officer charged with the death of a Black man, questions of whether systemic racism exists within the ranks of Canadian policing are never far from the spotlight.

Now, the latest data from the non-profit Angus Reid Institute find nearly two-in-five Canadians say there is a “serious problem” with the way police interact with Black, Indigenous and other non-white people across the country, while more than one-quarter (27%) say it is a serious problem in their own community.

Further, nearly two-thirds (63%) agree that systemic racism is a serious problem for the RCMP, and three-quarters (73%) say police in Canada interact inappropriately with non-white people at least some of the time.

While these perspectives vary by racial background, generational and political differences are even more stark. When it comes to policy, calls to simply reduce police department budgets are not widely supported, though structural change is desired by many.

One-quarter say that police funding should be reduced where they live. This proportion rises to 38 per cent in Greater Toronto, and 36 per cent in Winnipeg. Further, a firm majority (63%) of Canadians across the country would rather see investment in social welfare strategies rather than increasing police presence in high crime areas. 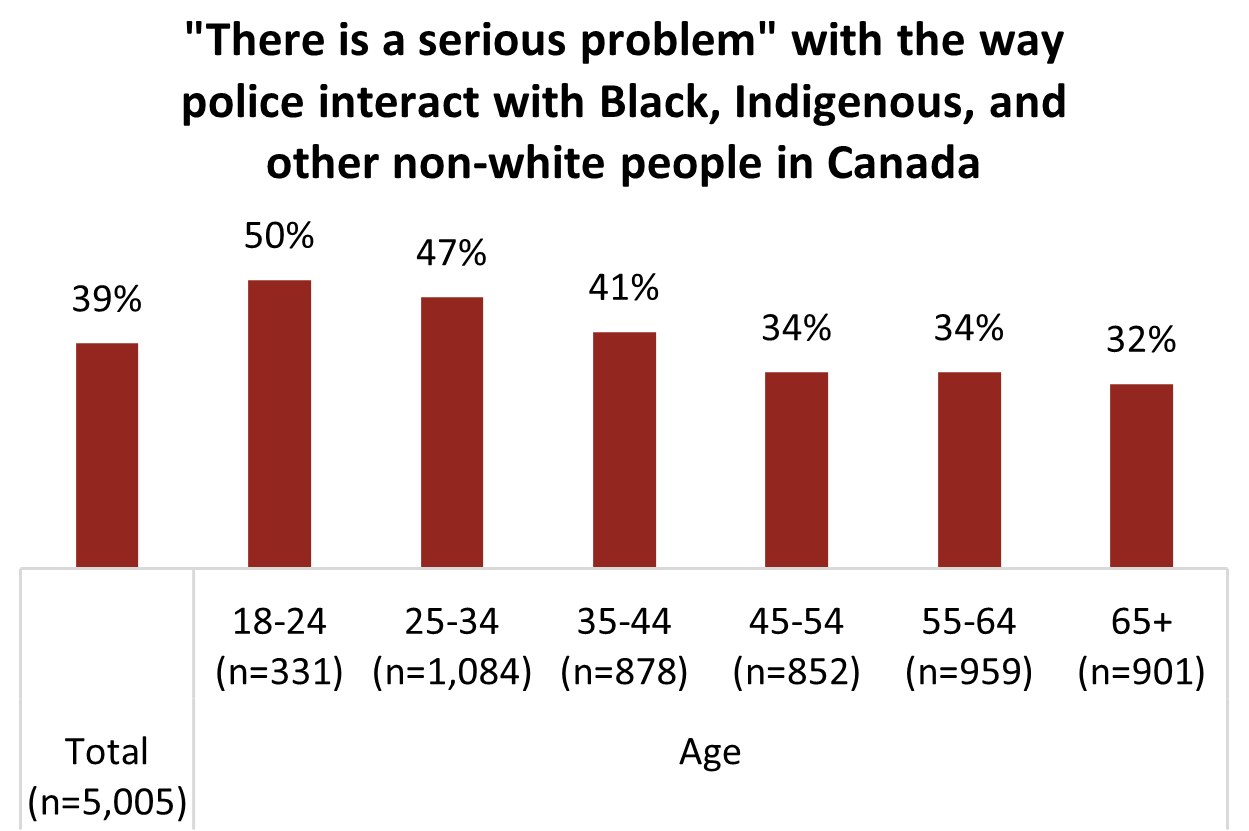 Link to the poll here: http://angusreid.org/rcmp-systemic-racism-indigenous/