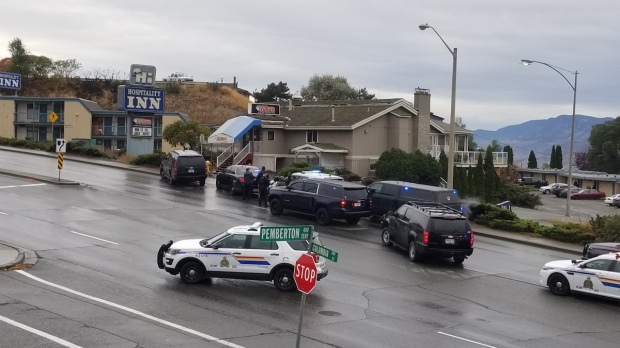 Police reopened the area surrounding the 500 block of Columbia Street West at about noon today (Oct. 16, 2020) after a person was shot there earlier in the day.

RCMP Sgt. Darren Michels said the area was cleared for suspects and safety — including shutting down traffic between Sahali Terrace and McGill Road and schools — after the incident. Police remained on the scene to continue their investigation after the lockdown was lifted.

There were several reports at about 7:30 a.m. of gun shots being fired but police were unable to locate any suspects. Initial reports said several people were seen in a parking lot before gunfire erupted.

One person was taken to Royal Inland Hospital for treatment. Police did not identify the victim or say whether it is a man or woman but other media reports said it is a man.

Anyone with information is asked to call Kamloops RCMP or Crimestoppers at 1-800-222-2477.