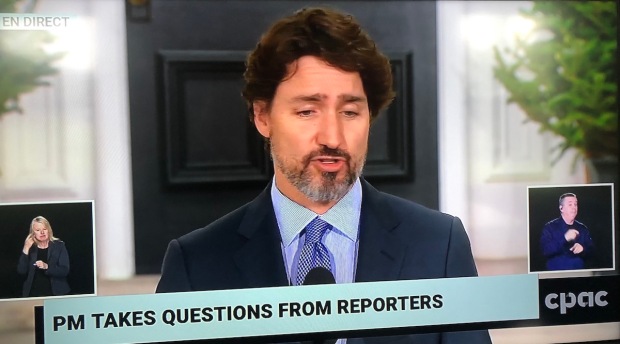 TO LISTEN TO THE CONSERVATIVES, the WE charity controversy is a clear indication Prime Minister Justin Trudeau is corrupt or, at the least, has committed a serious conflict of interest. To listen to the media, it’s a major scandal.

Whether there’s any substance to the Conservatives’ assessment remains to be seen; that it’s a scandal there’s no doubt.

At a minimum, there will be an ethics investigation. Whatever the outcome, there’s no question Trudeau has stepped in it again. At a time when he and the Liberals are riding high in the polls based on the government’s response to the COVID-19 pandemic, he has handed the Opposition a lifeline.

It wouldn’t have been so bad if his “ties” — a favourite media reference — to the charity had amounted to frequent appearances at rallies. But in recent days it was revealed that his mother Margaret, brother Alexandre and even his wife Sophie have received payments for appearances at WE events.

To be fair, Sophie’s honorarium was only $1,400 and it was before Justin became Liberal leader, but the revelation has called into question why Trudeau didn’t recuse himself from approval of WE as the administrator of a $900-million student volunteer support program.

Whether it’s SNC-Lavalin, his choice of clothing during a visit to India, his family’s vacation at the Aga Khan’s island, or other missteps, it seems our PM is incapable of considering public perception before he acts.

It’s quite possible this latest bungle will prove to be nothing more than innocent poor judgment but therein lies the problem. It’s a pattern. All he had to do was remove himself from the decision.

Collateral damage this time is that a well-intended financial support program for students has been jeopardized and several hundred contract workers are out of jobs.

Though he’s once again apologizing, we should be able to expect better from our prime minister.