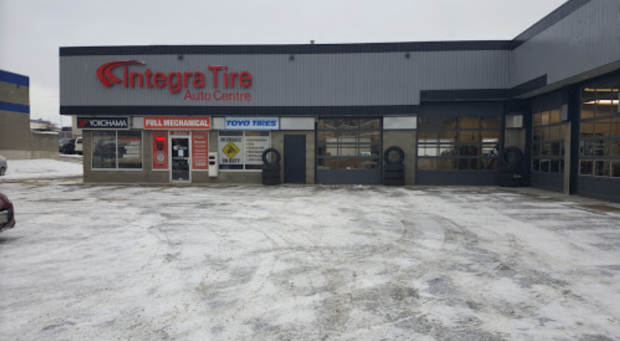 A man is in custody after a tire shop was broken into and a van was stolen.

Kamloops RCMP say they arrested a 49-year-old man in connection with a break and enter at Integra Tire on Notre Dame Drive.

In the early morning of Saturday, April 11, police were called to the shop and  found that someone had broken into the building and driven a van that was inside one of the bays through the garage door.

About an hour later, a frontline officer on patrol in the area saw a van matching the description of the stolen vehicle.  The officer initiated a traffic stop but the driver got out of the van and fled.  Two RCMP officers gave chase on foot and, after a brief struggle, the suspect was taken into police custody.

Mark Daniel Clute has been formally charged by the B.C. Prosecution Service with break and enter, possession of property obtained by crime, obstructing a police officer, operation of a motor vehicle while prohibited, mischief and theft of a motor vehicle.

Clute remains in custody pending his next court appearance.