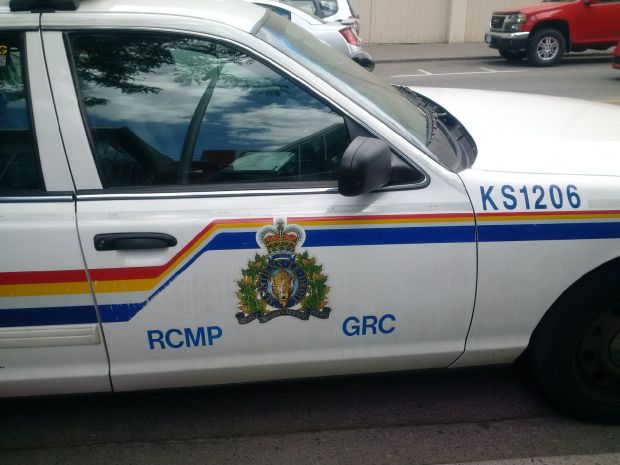 Kamloops RCMP are investigating a suspicious incident that happened on the Frontage Road in Rayleigh yesterday, March 29, 2020.

A 13-year-old boy was riding his bike in front of the Rayleigh Pub when a car pulled up beside him and asked if he wanted a ride.  The boy declined and the car pulled over and stopped.  A man got out of the vehicle, approached the boy on foot and allegedly grabbed him by the arm.  The boy pulled free from the man and bicycled away.

Besides the man who got out of the vehicle, there were two other men in the car.  All appeared to be in their 20s.

The man who got out of the car is described as being 5’8” with blonde hair that was shaved on the sides, with a mullet at the back.  He was wearing a “Metallica” band t-shirt and brown cargo pants.

The vehicle was a grey four-door Honda sedan with tinted rear windows.  It had a “Thrasher” bumper sticker.  It is believed that the first two letters of the licence plate are JV.

In the process of pulling away from the stranger, the boy hurt his shoulder and was taken to a local medical facility to be checked.