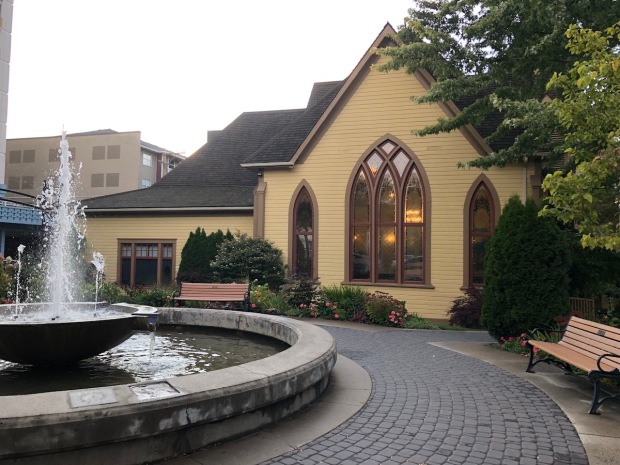 An attempt to reconsider the City’s takeover of management of St. Andrew’s on the Square was defeated by a 7-2 vote at a closed-door meeting, in-camera council minutes show.

Coun. Denis Walsh made a motion in which he said the finance committee, which he chairs, and the council as a whole committed an oversight in not requiring a detailed financial report on the decision to terminate a decades-old contract with the Kamloops Heritage Society to manage and operate the heritage building.

The decision has created a public backlash demanding that the Heritage Society’s contract be reinstated.

Walsh points out that the society has generated substantial yearly bookings and has carried out substantial regular maintenance. He asked for a five-year operational and financial report on the impact of the takeover.

He and Coun. Arjun Singh were the only councillors who voted in favour of the motion, while Mayor Ken Christian and councillors Dale Bass, Dieter Dudy, Sadie Hunter, Mike O’Reilly and Kathy Sinclair voted against it.

ArmchairMayor.ca has also obtained a copy of a Nov. 14 email from City culture manager Barb Berger to the society’s board of directors in which she states the City will release information about the situation by the end of this month, and hopes to make “any booking transition as seamless as possible.”

Berger’s email came after an earlier email to the society from Coun. Dudy that said “the reconsideration ship has sailed.”

The excerpt from the minutes of Walsh’s failed motion is below: