Step One: The business plan

THE BUSINESS PLAN for the proposed Kamloops Performing Arts Centre was released at Tuesday’s City council meeting.  The plan includes complete details of the capital investment, annual operational costs, stage one conceptual building design, ownership, maintenance and proposed administration options, pretty much everything needed to get the project off the ground. 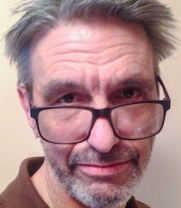 Before we go any further, it should be noted that the 2015 referendum was NOT about if we wanted a performing arts centre, but for the required loan to build that proposal … that’s all.

That referendum failed, because of the high capital cost to the City alone ($90+ Million), paid for by a very large loan and would result in a two per cent increase in property taxes for at least 20 years to pay the loan back.  It was an expensive plan, and a poor plan, badly executed.

Kamloops has never had a referendum to decide if a PAC was desired by voters.

Tuesday unveiled a new proposal, not brought to us by the City, but a grassroots society tasked with the job of putting a deal together, and presenting it to the City and the rest of us.

The Kamloops Centre for the Arts Society is populated by community members, performing arts groups, and individuals with specific skills in the world of community outreach and networking, administration, finance, infrastructure construction and the ongoing operation of a facility like this. People who know how to do this.  A glance down the list of board, committee and operational members is impressive.

This proposal, at first glance, may not require a referendum.  That depends on whether or not the City will require a referendum for its share of the capital needed to build it.  The entire project is projected to cost $70 Million, with only $30 to $45 Million borne by the City (depending on the chosen scenario), the rest funded via provincial, federal, corporate and private donation.

The plan includes no increase in property taxes, which is a big one for many residents.

The proposal also includes an operating business plan, that expects it to operate at break even economically, ie: it will cost as much to run as it earns in tickets and rentals.

This proposal even includes underground parking … not a lot, but some. Even though parking is at a premium downtown, we need to keep in mind that it is not in a performance centre’s mandate to solve the daily parking woes of a city.  Daytime parking complaints should be directed at the City.

The size of the two theatres; a large 1,200-seat and a smaller 450-seat, as well as a black box space shown in the concept design is partly possible, as all administrative offices would be in the existing adjacent building owned by Ron Fawcett.

Not having to accommodate office space frees up square footage and allows for maximization for the centre’s intended use. This is a good idea.  Having a larger theatre space than we would regularly need now, protects us regarding future population expansion.

The reason I am tentatively supportive of this plan is because it’s a grassroots movement, not a City-headed project facilitated by politicians and City staffers.

Cities are not good at planning and building big infrastructure like this on their own.  They are good at running sport field and sports facilities, running utilities, building and fixing roads, snow shoveling, dealing with permits and plans and parking meters.

When it comes to large infrastructure facilities, you want to get the right people involved who already know what they are doing, as things can happen more quickly and less expensively than if it was a City endeavour, less mistakes or errors are made and simply … there’s less red tape to stumble into regarding getting anything done.

If there is any way possible to get this done without a referendum, that would be the best way forward.  One of the lessons of the last referendum included learning that in order for people to adopt the performing arts crowd’s need for infrastructure, the doors need to be opened in front of them to the touring shows they want to see.  The shows that can’t stop here now because we don’t have the room.

We can try to explain this till we are blue in the face but once they sit in there … they will understand and be glad it was built.

Performance centres are one of those things that are appreciated once they are experienced.

To get there from here, the thing does need to make economic sense.  We need every federal, provincial and corporate dollar findable, even if it means a Nike Swatch type symbol on the side of it.  Priority number one is to sharply minimize the City’s own capital investment, so a referendum is not needed and the risk of crowd insouciance is sidestepped.

I am tentative in my support at this stage (once bitten, maybe twice shy?), as there is a long way to go to put all the pieces together to make it happen, but with good planning, efficient execution and a bit of luck … we could be sitting in this theater watching the first show in the fall of 2023 … and our taxes didn’t go up because of it.

Strikes me at this early date … as maybe a win-win.

To read the entire business plan for yourself:

To visit the Kamloops Centre for the Arts Society website, and to join as a member for $2.