October 18, 2019 – In an election campaign where the day-to-day movements of the federal leaders are covered by the media like paparazzi, a key aspect of why those leaders are on the hustings to begin with – the party’s promises and policies – has largely been subsumed.

Indeed, a new study from the Angus Reid Institute finds voters in Canada three times as likely to say that they will base their vote on platforms over personalities. But whose platforms are resonating most with voters? And are declared voters aligned with their parties’ own positions?

The survey canvassed the electorate on a number of main themes and party promises – and finds certain pledges enjoy vastly more support than others. 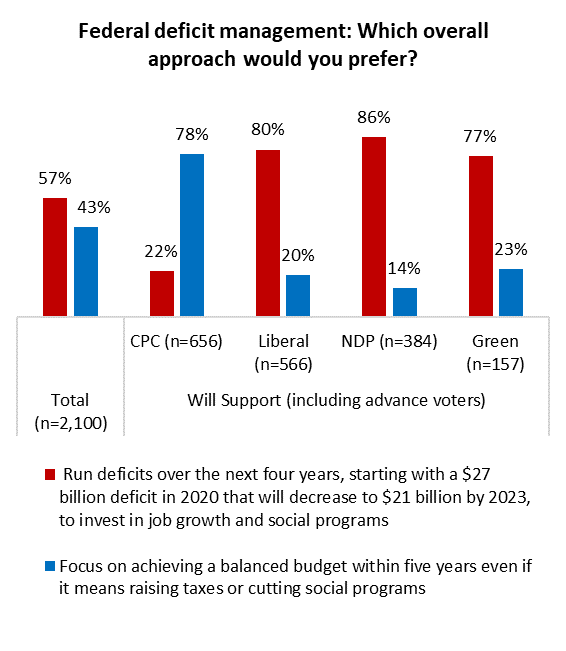