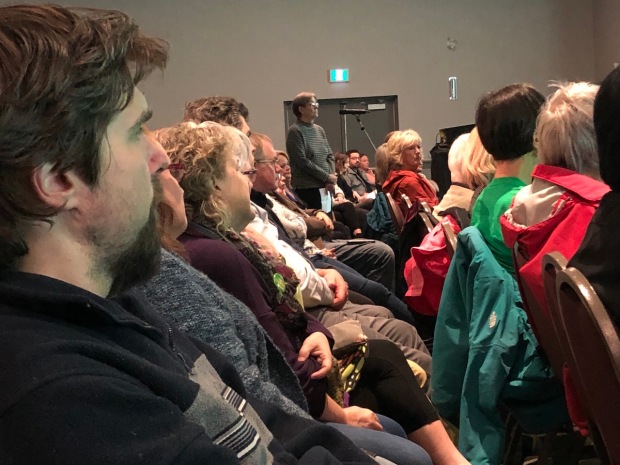 IF ALL IT TOOK WAS EXPERIENCE, either incumbent Conservative Cathy McLeod or Liberal candidate Terry Lake would bound to be the winner in the Kamloops-Thompson-Cariboo riding of the Oct. 21 election.

McLeod was first elected as MP for the Kamloops centred riding in 2008.  She went on to win again in 2011 and 2015.  Although she went from 52 per cent of the popular vote in 2011 to only 35 per ent in 2015, she has a strong understanding of issues, and a track record that should garner support from her base.

She’s served under both Harper and Scheer.  Though some voters support him, for many, her current leader, Scheer, is a detriment. I don’t remember hearing her speak about Scheer at either of the forums she spoke at that I attended, but if she did, it was in passing.

I’ve heard him at a number of forums try to distance himself from his previous BC Liberals, indicating he knows many things Christy Clark’s Liberals did, such as miserly social services spending, could have been done differently. Hindsight.

If Kamloops was a hockey team, McLeod and Lake are our veteran players. They might not have the stamina that they once did, but they have their playbooks memorized.  They know their parties’ platforms, and achievements, and they know the weakness of the other parties as well.

Not to belabour the hockey analogy too much, Iain Currie, the Green Party candidate running in Kamloops-Thompson-Cariboo, is the up-and-coming rookie.  He can’t match either McLeod or Lake for the number of hours of ice-time, but he’s quick off the mark, affable, and measured in his responses.

The question is, should Kamloops back a politician with a decade or more of experience, or is it time for a fresh start?

And there is a lot to be said for bringing in some new blood.

McLeod did not deviate from her party’s proposal of technology as the solution, with no discussion of what the technology was or how the Conservatives would force people to use it.

Currie was the only one of the three that spoke bluntly about the science of climate change, and instead of sugar coating the reality, told us that we needed to make changes.  It was refreshing to hear reality instead of political spin.

But it wasn’t just climate change. Canada is facing a looming skills shortage as baby boomers reach retirement. Not simply a skills shortage, but a difficulty for young people to get the required education because of ever mounting costs.

Statistics Canada predicts that 76 per cent of projected employment growth in Canada is expected to be in high-skills occupations.  It is everyone’s best interest that young people can access higher education.

Lake stated at the forum that education needs to be a partnership between the individual and society, whereby the individual needs to pay part of the cost. McLeod described the Conservatives’ plan to increase matching of RESP’s, a great idea for higher income Canadians, but not something in which those of limited means can easily take part.

What Lake and McLeod are both ignoring is that in 1958, the year after they were born, only 23 per cent of Canadians aged 18 to 21 were in some form of post-secondary.  In 1958, you could have a decent life without anything more than a high school education.  Lake’s Liberals and McLeod’s Conservatives are both assuming that post-secondary education is still a bonus, rather than a necessity.

When Iain Currie tells us the Green Party’s policy is that post-secondary tuition should be free, what he’s really telling us is that times have changed.  We are no longer in a world where a high school education is sufficient either for the individual or the country as a whole.

Both McLeod and Lake have been elected as part of government. Both have years of experience. But sometimes fresh ideas, not experience is what wins the game. It will be interesting to see who comes out on top on Oct. 21.

3 Comments on BEPPLE – Do we go with experience, or with some fresh ideas Oct. 21?