WE RECENTLY SAW ANOTHER pathetic attempt by John Horgan and the NDP to fool British Columbians — this time, with regards to rebates for the purchase of electric vehicles in this province.

The government news release — conveniently put out on a Saturday — proclaimed the Province would be topping up its electric vehicle rebate program.

Sounds like good news, right? Well, that headline couldn’t have been more misleading. It turns out that instead of getting a $5,000 government rebate for the purchase of an electric vehicle, British Columbians will now get only $3,000. That’s not a ‘top-up’– that’s a reduction. 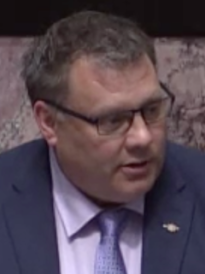 The NDP attributes this to the popularity of the program. But it’s worth reminding them that back in the spring, our Official Opposition pointed out there simply wasn’t enough money in the program.

The NDP told us not to worry. Now, British Columbians who are looking to buy an electric vehicle – as the NDP are mandating, as they vow to phase out gas-powered vehicles by 2040 – will be out-of-pocket, thanks to their incompetence.

This whole debacle is a prime example of how the NDP are severely underfunding a marquee initiative of their CleanBC program, by directing the majority of new carbon taxation to general revenue instead of the environmental programs the tax is intended for. This is precisely why the BC Liberals have been so vocal about the NDP decision to remove the carbon tax’s revenue neutrality — but again, they haven’t been listening.

But this isn’t the only example. John Horgan and the NDP also didn’t listen when our Official Opposition raised the concern that their flawed Community Benefits Agreement (CBA) would lead to higher project costs as a similar program did on their watch in the 1990s.

Sure enough, the very first CBA project is already over budget. The cost estimate for the Illecillewaet four-laning project east of Revelstoke has risen by $22.3 million — or 47 per cent — due in part to rising labour costs associated with the NDP’s CBA plan.

The BC Liberals also warned the NDP that their proposed agriculture legislation would hurt farmers across this province but again, they didn’t listen. Now there is a major uproar over new rules which are preventing farmers from building secondary dwellings on their properties for family members who want to help keep their operations going.

Coincidentally, a news release to announce these new rules coming into force was also quietly released on a Saturday. In addition, a stricter interpretation of rules by the Agricultural Land Commission is hindering farmers from starting up side businesses or agri-tourism operations — all while using their farm products, on their properties — as an additional source of revenue.

In the midst of all this fallout, the agriculture minister has tried to blame the BC Liberals rather than take responsibility for her damaging Bills 52 and 15.

Perhaps the biggest example of a government not listening to people comes from John Horgan and his forests minister’s botched caribou consultation process. It took numerous angry community meetings and tens of thousands of names on petitions for the NDP to finally admit they didn’t properly consult industry, local governments, and outdoor enthusiasts on their proposed draft caribou recovery plan.

They just didn’t care about the many social and economic consequences of their proposed actions — but communities do care, and they made their voices loud and clear.

The fact of the matter is, John Horgan and the NDP aren’t listening to you — nor to the Opposition MLAs who are raising concerns on your behalf. They are more interested in plowing ahead with their activist agenda and pleasing their loyal supporters. It’s not good for you as a citizen and taxpayer, and it’s certainly not good for British Columbia.