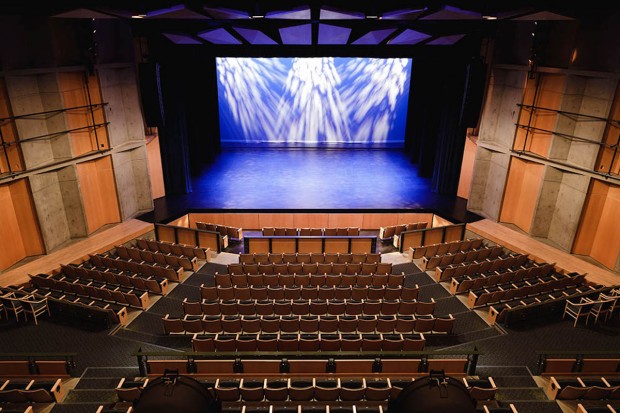 SO THE NEWE PROPOSAL for a Kamloops Performing Arts Centre has started up, and right off the bat, misinformation abounds and commenters online are running with it:

“It’s the same proposal as last time.”
“I don’t want a dime of City tax dollars going to this.”
“We don’t need it, the Sagebrush does fine.”

and my personal favourite:

Let’s deal with that one right off the bat.  The vote on Nov. 7, 2015 was for the following question: “Are you in favour of the City of Kamloops borrowing up to $49 million to design and construct the parkade and Performing Arts Centre complex?”
The key word there is ‘borrowing’.  The question was about a loan.

It was not a referendum on our citizens’ opinion as to whether or not Kamloops ‘should’ have a performing arts centre, it was specific to a loan.

At the time Kamloops City didn’t (and still doesn’t) have the public cash in hand to pay for the construction.  In order for it to actually be built directly by the city, a loan would need taking out, not unlike a car loan, with a repayment structure and interest.  City governance says that a loan of this amount for a single item must be agreed upon by taxpayers, prior to administering the loan.

It was further understood that paying this loan off as well as the incurred costs beyond the loan would require a 2 per cent increase to property taxes for a 20-year term.  Even I was very unhappy about that part.

So there was a referendum, and it lost with 54 per cent saying no to the loan.  Again, this was not a vote on the facility; it was a referendum on THAT loan … and that’s all.  Any new proposal that does not need a loan, does not even have to go to referendum.

Let’s say that private, provincial and federal program funds were applied for and received, the facility would be built without any form of Kamloops citizenry agreement.  It just wouldn’t be needed.

Right off the bat, this new proposal is setting up very differently to last time, so the ‘it’s the same proposal as last time’ naysayers are incorrect.  In 2015 it was a City conceived, initiated and proposed project for a City built facility. This time the City is at an arm’s reach distance to the project via the group coming together to handle it.

As we speak, a grassroots community based group is forming of interested (and likely skilled) people, and they will be charged with the task of figuring this all out; funding, design, construction and operations.

There have been comments from City councillors in the last week that seemed to sound like the City would be playing a major role in the planning for whatever this group decided.  In reality, it makes more sense if the City’s job was relegated to review plans and process building permits as needed, as well as be prepared for the future role the City may have regarding certain property maintenance operations … and that’s pretty much it.  Few of us will disagree that the less the City is involved, the better something will go.

I’m going to vacillate from these points to tell a short story of another British Columbia town that went through this process and it sets a very usable blueprint as to what could happen in Kamloops. Trust me, it’s a good story with a happy ending.

The City of Nanaimo decided that it wanted a performance theatre, all they had was a high school auditorium, so in 1989 it formed the non-profit Port Theatre Society.  They went out to secure funding under the Federal/Provincial Infrastructure Works Program which paid for almost 70 per cent of the project, the rest raised via individuals, service clubs, corporate donations and Regional District A,B,C,D and E (wherever those are) … and the City of Nanaimo.

Details are hard to find, but it appears that the City’s contribution were more of the ‘service in kind’ nature; land acquisition and permitting and zoning costs etc.  The decided-upon land was transferred to the society. In fact, all plans, designs, the land and contracts were owned or held by the non-profit society during planning and construction.

Here’s the genius: Once ready to open, the society transferred the land and the building lock, stock and barrel to the City (someone said for the price of $1), and the society held and still holds the operational responsibility of all activities that happen on the property.

This meant there would be no property taxes, and the City could easily roll insurance, garbage collection, snow removal and landscape maintenance into its own system.  These are what a City is already good at.  The ongoing success of the facility is the burden of the society and its board of directors.

The 800-seat Port Theatre opened in September 1998, which means the whole process took nine years.  Keep in mind that these are not apartment buildings or office buildings. Performance facilities take more time to plan, design and build.  In recent years, the Port Theatre expanded and updated the facility to meet current needs and increase its attraction for touring acts.

There has been no increase in property taxes to the citizens of Nanaimo for any of this process, and there was no referendum. What it took was time, and a committed group that applied directly for government funding via their MP and MLA.  Their financial and construction plan was clearly laid out and executed.

End of story … a happy ending.

I strongly suggest that those involved in the project in Kamloops give a call to the Port Theatre board of directors and visit Nanaimo and take a deep dive into how this was done and hear about the pitfalls they experienced. There is no better experience than from those who lived through a process like this.

Today there is even more governmental infrastructure program funding available than there was back in 1989; it just needs to be accessed and our MLAs in Victoria and our MP in Ottawa need to be brought in on the ground floor and tasked to opening these doors and finding out the criteria required to attain these funds.  In the purest form … this is their job.  There is even funding not available directly to cities, but directed towards not-for-profit infrastructure.

If 10 years from now we find ourselves at an opening night, and our property taxes did not increase to get us there … then  the argument; “I don’t want a dime of City tax dollars going to this” will also be satisfied; of course we will already know that years before via the financial plan.

The final argument, “We don’t need it, the Sagebrush does fine.” The Sagebrush is a high school Auditorium, nothing more and not a very good one at that, and is woefully inadequate at seat count, room sound and staging capability.  It is well known that many music and theatrical tours do not stop here because they either can’t sell enough tickets to be able to afford to, or the infrastructure will not allow them to put their play or show on at all.

Just ask any actor, speaker, musician or choral singer who has ever stood on that stage and performed regarding what it sounds like … and their eyes will roll.

I have been there myself many times; it is simply awful.  You literally cannot hear yourself. It is not a room designed to transmit or return sound.

In 2018, the Sagebrush was used over 250 times by many different users. That number alone easily proves the need for a purpose built facility, and it would attract even more use.  Did you know that ‘Don’t Worry Be Happy’ vocal impresario Bobby McFerrin did a tour of B.C. last year … but bypassed Kamloops?  Many others drove past over the years as well.  Why do we let this continue?

This facility would be self-sustaining financially.  It would have its own staff and its own maintenance budget purely from its own revenue.  Throughout Kamloops we have soccer and baseball fields and swimming pools and splash parks that cannot be used year round, and provide little or no real revenue to offset their own maintenance costs.

In other words, they cost money.  Here’s a thing that pays for itself, and we all benefit in so many ways, including the increase to the local economy felt by restaurants etc. that people will use before and after shows.  That makes this a win, win, win: Finances, Activity, Economy.

To get there from here … let’s support this grassroots group and talk up the opportunity, and perhaps take a lesson from Nanaimo about how to do it right.

Then one day the naysayers will sit in their seat while their child is playing an instrument or singing in a choir for the Kamloops Festival for the Performing Arts or KISSM, or their favourite touring band is playing … and they will look around and say “Ya, we needed this.”