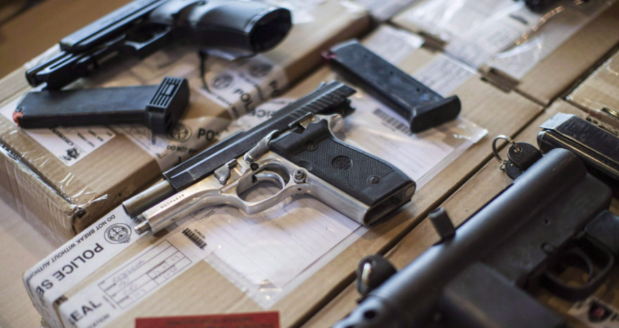 May 24, 2019 –. Whether it’s recent mass killings in Penticton, B.C., ongoing gang-related shootings in Toronto, or the Quebec City mosque killings in 2017, communities across the country have been shaken by gun violence in recent years.

The latest public opinion study from the non-profit Angus Reid Institute finds Canadians divided by gender, gun ownership and region on the seriousness of gun-related crimes.

Across the country, half of Canadians (50%) consider gun violence a serious problem for the country, while half say political and media coverage of this issue has been overblown.

Concern over this issue is greatest in Ontario, where gang violence has contributed to stark increases in gun-related homicides.

Canadians appear to come to more consensus, regarding proposed policy responses. Six-in-ten Canadians (61%) say they would support an outright ban on civilian possession of handguns – something being pushed for by some of the country’s largest cities. The support level jumps to three-quarters (75%) when considering a ban on assault weapons.

Further, there is significant support for proposals to strengthen elements of the licensing and purchase process, including expanded background checks and comprehensive tracking of gun sale records. This includes majority support from current and former gun owners. 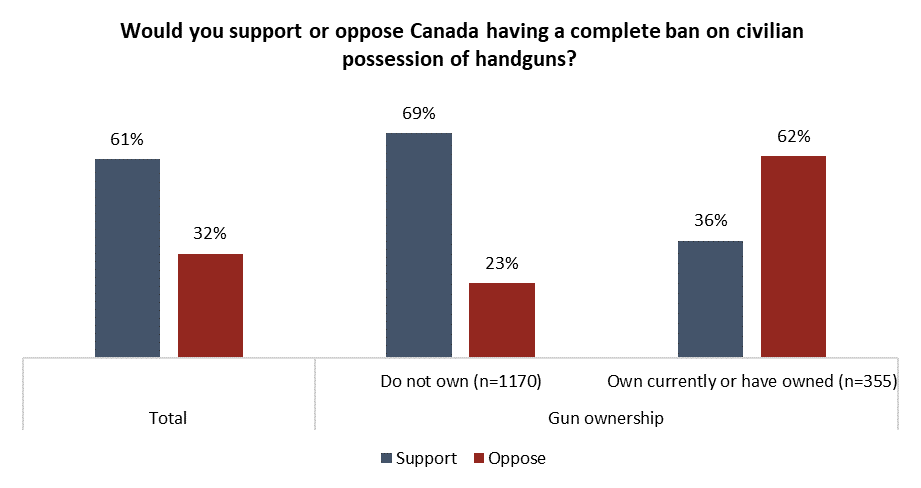 Link to the poll here: www.angusreid.org/gun-control-handgun-ban