March 28, 2019 – Two months of scandal have eroded support for Prime Minister Justin Trudeau and his Liberal Party, opening up a nine-point lead among Canadian voters who say they would vote for the Conservative Party of Canada if an election were held tomorrow.

This, according to a new analysis of public opinion polling data by the non-profit Angus Reid Institute. The data was donated to ARI by Angus Reid Global Public Affairs.

The Conservatives capture 37 per cent of the decided and leaning vote – essentially unchanged from where they stood last month – but it is the governing Liberals who have dropped three points to 28 per cent as the SNC-Lavalin affair has remained in the headlines.

The principal beneficiaries of this decline in Liberal support appear to be the New Democratic Party and smaller parties, including the Green Party and the People’s Party of Canada.

These parties are seeing their fortunes rise as the Canadian public expresses unfavourable views of the main parties and their leaders. 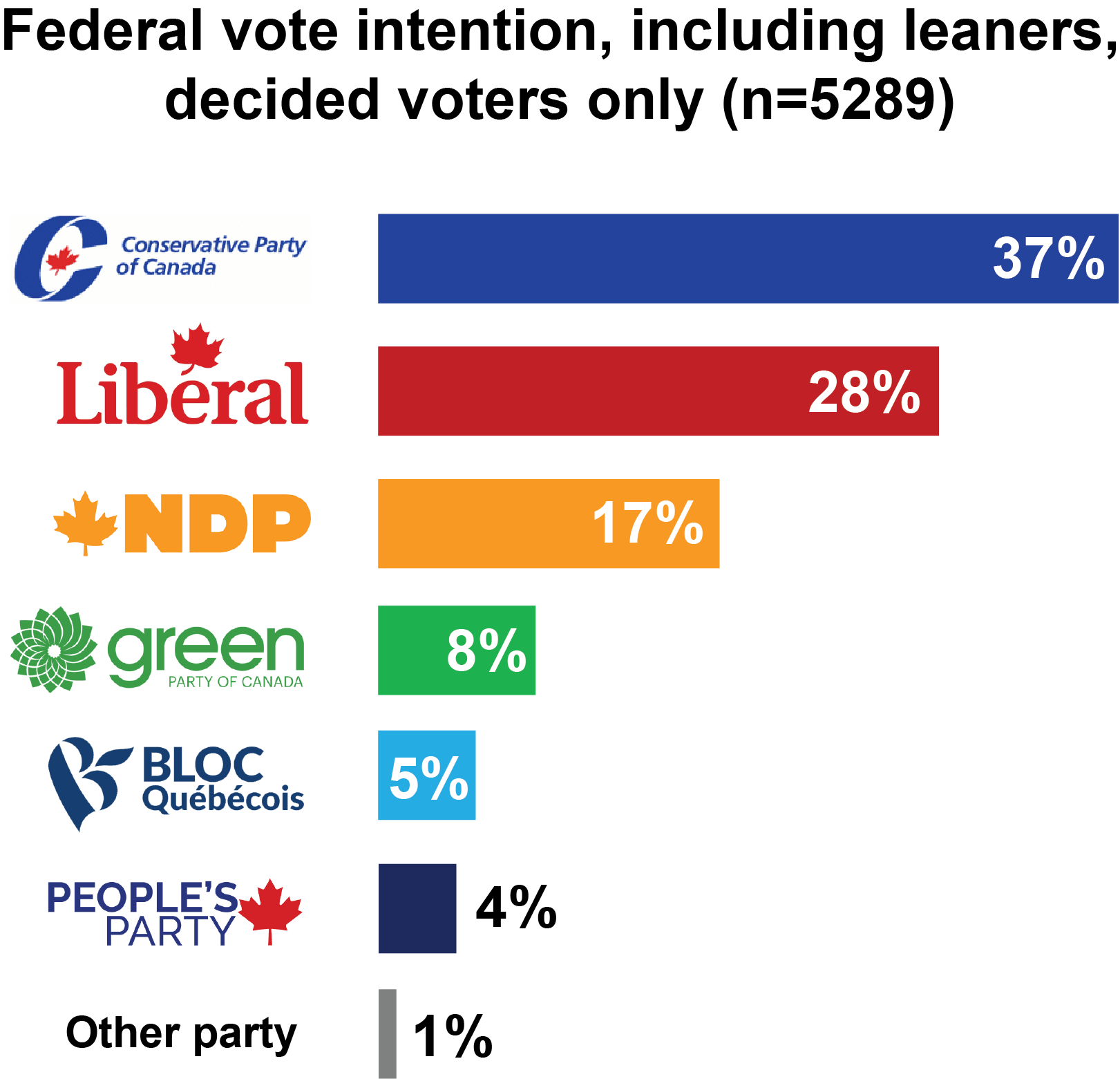 Link to the poll here: www.angusreid.org/federal-issues-mar2019