Ahead of Alberta election, Premier Notley’s personal approval at forty per cent

March 26, 2019 – Springtime across the country puts the bloom back on the approval ratings of some Canadian premiers, while others find their hopes for a thumb’s up from provincial constituents dampened with the change in season.

Views of the job performance of Canada’s first ministers vary widely according to new public opinion polling data analyzed by the non-profit Angus Reid Institute and donated by Angus Reid Global Public Affairs, though this quarterly survey finds a slight warming towards many premiers.

As Premier Rachel Notley fights what looks to be an improbable bid for re-election, Albertans appear to approve of her more today than they have at any time in the last three years.

Indeed, most premiers have seen their standing among their own constituencies improve – or at least hold – since December. The two exceptions are Ontario Premier Doug Ford and Nova Scotia Premier Stephen McNeil. 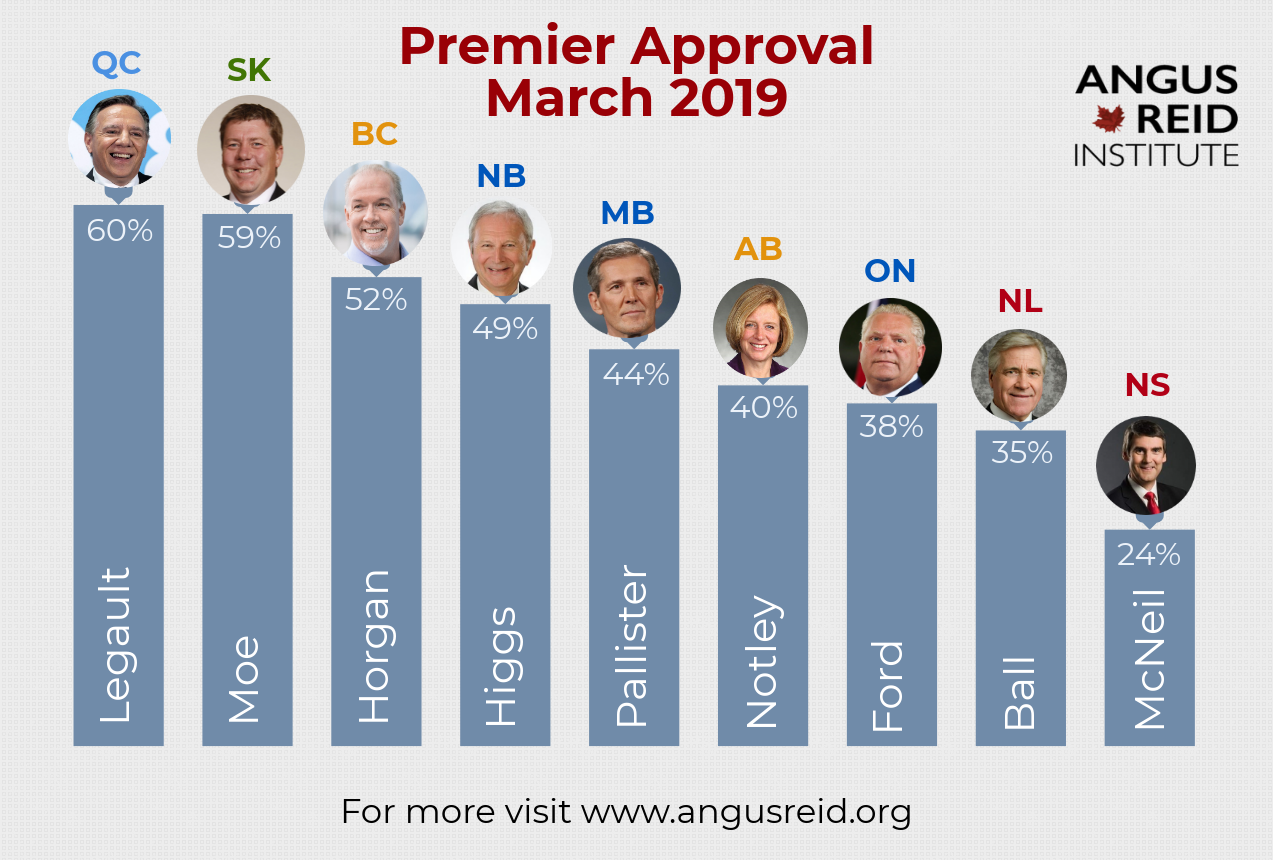 Link to the poll here: angusreid.org/premier-approval-march2019/