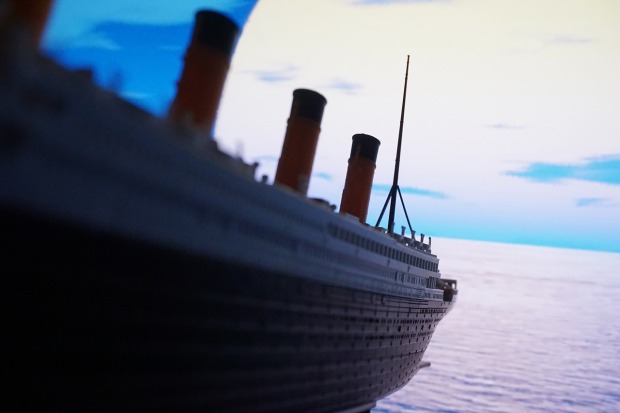 YOUR COMMENTS ON my last column about day-care and taxation showed a unity of mind I wasn’t quite expecting.

Yes, there was the expected, ‘Not my problem, not with my money’ type response countered by variations of, ‘It is a community problem requiring community solutions.’ What truly stood out, though, and what shouldn’t have surprised me but did, was no matter the side taken, you were virtually united in your belief that government cannot be trusted.

There will always be competing visions when it comes to matters of policy, especially those that include the possibility of reworking our economy, reshaping attitudes, increasing taxes or changing how things are done. But disagreements aren’t necessarily bad as difficulties and obstacles force everyone to rethink solutions, become innovative and yes, even compromise.

It also requires leadership but not just any leadership as it requires a leader you can trust. Whether you agree or disagree on a policy initiative, it is essential that all sides have trust in the government’s ability to be a fair and reasonable decision maker with the capacity, ethics and integrity to implement those decisions.

Now I realize at this point you are likely rolling your eyes if not outright rolling on the floor in laughter. It’s an honest and sadly unfortunate reaction to reading words like trust, integrity, fair, leadership and ethics when discussing politics.

You just have to look to the south and the tribalized corruption and dishonesty of the Trump/GOP government. Or, watch the Commons Justice Committee hearings here, to realize that values such as the above are moving from the endangered list to the extinct.

However, what bothers me more than the corruption and dishonesty is our resignation and willingness to accept it.  Our governments have come to understand our bark is worse than our bite. They know from experience that on occasion we will rearrange the deckchairs on the Titanic but continue to ignore and do nothing about the direction the ship is taking.

As an example, we have to look no further than B.C.’s Carbon Tax. The promise was to have all carbon tax funds go towards underwriting the then-newly created Innovative Clean Energy Fund (ICE). It was a tax designed to use rising costs as a means of nudging us towards reducing our carbon use while simultaneously investing in the technologies that would help get us there.

It was a great idea and this year the ICE Fund announced that since 2008 it had committed approximately $97 million in support of projects and research in clean energy technologies. What is not mentioned in the announcement is that since 2008, B.C.’s carbon tax has brought in approximately $11 billion, meaning the government has spent only a fraction of one per cent on what was promised.

Back in 2013, the then B.C. Minister of the Environment explained the carbon tax was being diverted and used to lower other taxes in B.C. and offered the rationale for the change in policy by saying “it’s simple, it’s well accepted.”

Imagine, though, if government had kept it’s promised and invested $11 billion in developing clean energy technologies instead of using the money in a smoke and mirrors tax shell-game.

We’d likely be the Canadian leaders in the field of environmental technologies. In the process we would have created thousands of new jobs, expanded research at our universities, boosted our economy beyond anything we now have and in the process contributed to bettering our environment.

Instead the ICE Fund, like BC Hydro and BCIC, was pillaged for the sake of political gamesmanship while having the unintended and damaging consequence of bolstering the argument that carbon tax is simply a tax grab.

What if voters at the time, though, had insisted on a written taxpayer agreement that segregated the funds and provided for annual reports on the Trust, showing income and disbursements for the ICE Fund?

Suddenly, the politicians would have had what they have always pretended they wanted, transparency and accountability.  If we had removed the ability to lie we would have an $11-billion dollar investment fund generating new ideas, new companies, a better environment and new opportunities for us.

Making this new type of accountability happen doesn’t take a revolution or even rocket science. It just takes people saying enough is enough and demanding new ways to have direct and verifiable accountability.

You know we are in trouble when you can no longer trust even the promise of trust from those who govern. We also know their form of accountability doesn’t work, so stop complaining and actually change it.