Barkerville, one concept of The West. (Image: Daniela Ginta)

January 30, 2019 – The concept of “Western Canada” may be one borne of geography and history, but where does it start and end? How much do Canada’s four most western provinces actually have in common? What unites and divides them? And what assumptions do eastern provinces make about the west?

The answers to these deceptively simple questions have been the subject of nearly a century of debate in this country, and new data from the Angus Reid Institute – part three of a four-part study on western identity and opinion – aims to add to the discussion.

The poll finds a large majority of residents in British Columbia, Alberta, Saskatchewan and Manitoba – and a majority of Canadians, overall – inclined to believe “the west” is a unique region within Canada. That said, fewer than half of all Canadians can agree on a single definition of which provinces constitute “the west.”

This lack of consensus may reflect a larger truth: while Western Canada may be a “unique” region, it is far from a united one. The four western provinces have major disagreements on questions of politics and identity, with the rift between British Columbia and Alberta and the closeness between Alberta and Saskatchewan particularly notable.

That said, the west is united by its belief that it is not treated fairly by the federal government, and a sense it is poorly represented by Canada’s national institutions. 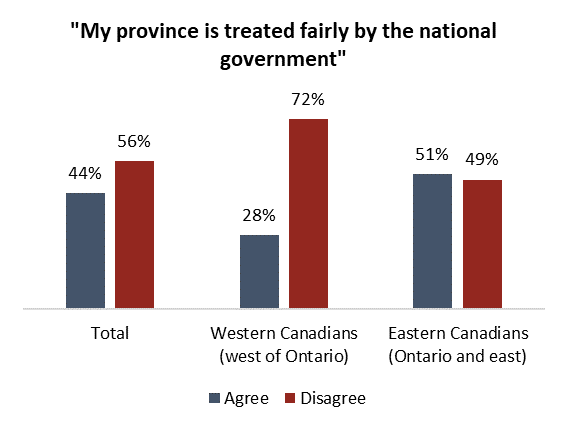 Link to the poll here: www.angusreid.org/new-west-western-identity/