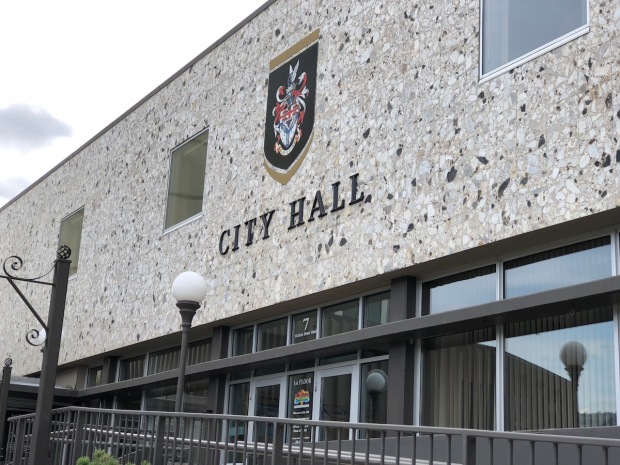 SATURDAY BROUGHT interesting results, from all around the province, as polls closed at 8 p.m. on municipal and school board elections.

For starters, Saturday’s civic election had numerous notable moments, including in the City of Nanaimo, where former NDP MLA Leonard Krog will soon take over as mayor.  That leaves the provincial riding open, and … it also means B.C. Premier John Horgan will need to call a by-election.

Given his NDP razor thin majority in the legislature, only due to being propped up by Andrew Weaver’s Green Party, that is not a riding he’ll want to even consider the possibility of losing.  Look for a star candidate to be on the ballot.

Also, on Vancouver Island, former North Cowichan City councillor Al Siebring decided to take a run at the mayor’s chair which was being held by Jon Lefebure, who had 16 years of public service in the District of North Cowichan.  At the end of vote counting he had won the election … and it was close!

“Well, it appears I have been elected Mayor of North Cowichan” … Siebring commented, before going on to say … “The margin of victory could barely have been slimmer; just 10 votes. If anyone ever tells you your vote doesn’t count, don’t believe them!”

Across the water, in the City of Vancouver, it should be noted that Kennedy Stewart IS NOT the first Independent mayor in decades.  How can that be said with all of the union paid full-time staffers on his campaign?  His campaign was bolstered by untold numbers of union supporters, as well as four members of Vancouver and District Labour Council unions.

They continued to collect their union salaries while pretty much working full-time to support Stewart’s campaign.  The ballot may not have recognized him as being a party candidate, but NDP and unions are the parties that supported him.

Crossing over Boundary Road, voters in Burnaby turfed Derek Corrigan, who had wasted over a MILLION dollars of taxpayers’ money fighting against the Trans Mountain Pipeline — something they did not have legal authority to block.  I have to say that in recent years, any news story with him always seemed to portray an angry and cranky individual.  He really will be now, I guess, after losing in his attempt at a sixth term in the mayor’s chair.

Also sticking with Burnaby, determined Anti-SOGI 123 advocate Laura-Lynn Thompson, who called the materials ‘crazy teaching’, failed to gain a spot on the Burnaby School Board.  She placed well back in the pack with the third fewest votes cast in her favour.

Headed east, former BC Liberal cabinet Minister Peter Fassbender was defeated in his bid for elected office for a second time in under two years, losing the mayor’s race in Langley by just 206 votes.  Prior to entering provincial politics in 2013, he had been mayor of Langley for eight years.

Here in Kamloops, incumbent City councilor Donovan Cavers also decided to take a run at being elected as a trustee for District 73. His bid for School Board, and re-election to City Council, both failed once the ballots were all counted.

After serving a 12 years on Kamloops City council, beginning in 2005, Tina Lange did not seek re-election this year.  On Sunday, the day after municipal elections were held throughout the province, I asked Tina about the process of running, and what it’s like.

She stated, “What sucks about an election is those that run do so believing they will be elected! And when you pour your heart and soul into a campaign it’s devastating to lose. However, every candidate is a winner for having the passion and fortitude to not just sit back and bitch but put their name where their mouth is!”

And for those who had let their names stand, “My thanks to everyone of you,” she said.

In Kamloops we saw what I would call a pathetic 29 per cent of eligible voters take the time to do their civic duty and vote – how disappointing!  Up in the Peace River country, I asked returning Ft. St. John councilor Trevor Bolin about voter turnout there.

“Fort St John has seen an increase of five per cent voter turnout up from 15 per cent in the 2014 election. We had a similar number of candidates in both, both had (Mayor) Lori Ackerman being acclaimed, and both were all six incumbents. I would say the five per cent increase this election, vs last, was from social media.”

He went on to say, “As we find our lives revolving more around instant communication, as does elections, voters have an easier time collecting the information needed, and being able to ask the tough questions without it being an open forum. The only way I can see any increases in voter turnout, is an advanced online voting format before the next municipal election.”

“The residents of B.C. have been very vocal about this for the last few years, and it’s time for the province to act on it. Its 2018, you can buy real estate, vehicles, groceries, book holidays and run entire million-dollar businesses from your iPhone, but you can’t vote?” Bolin concluded.

Given low turnouts, he likely does have a point, and hopefully a system we can feel safe in being fool-proof can be developed soon.

Sticking with the north country, Prince George had what must have been the province’s biggest landslide mayor’s race.  There, Lyn Hall was re-elected with 91 per cent of the vote!

On the opposite side of things are the squeakers.

As previously mentioned, Al Siebring took the mayor’s chair in North Cowichan by just 10 votes, but that wasn’t the tightest race.  Winner in that category was Peachland where incumbent Mayor Cindy Fortin was defeated by Harry Gough.  The margin of victory for Gough?  One single vote!

Before wrapping things up today, I’m going to return to my own community of Kamloops.

On Saturday, Caroline King took her second run at a seat on council, but missed making the eighth place cut-off.  Those in our community will know Caroline as an individual who had been one of the strongest supporters of the failed Ajax Mine bid.  More recently, however, she and Dennis Giesbrecht (who also missed on his bid for council) had been involved in the needle buy-back program they initiated. I asked Caroline if perhaps being associated with Ajax, and the needle campaign, had hurt her.

Her reply?  “I do think having contentious issues like Ajax and needle buy back may have played a part, but I’m not sure it was a large part.  There are always going to be those who will hold Ajax against me, and those that despise anything that seems to assist addiction.”

Regardless, it doesn’t appear she plans to let that hold her back from doing what she sees needs doing. She continued by stating, “I will always be seeking ways to benefit my city or working on issues that touch me, it’s just who I am.”

And speaking of Dennis, it sounds like a loss isn’t going to discourage him, either.

“In politics, as in life, no defeat is permanent. No victory is everlasting. The battle is never over. And in this case, it’s just beginning,” he said.

That’s a wrap for me, but before I go, let me say I am severely disappointed in how few people there were, right across the province, who took the time to vote.  With very few exceptions, you had absolutely no excuse for shirking on your civic duty to be a part of our democratic system.  Some of you were plain lazy … some would rather whine about things without taking any responsibility to change them … others say it won’t change anything.

The rest?  Hell, I don’t know why they didn’t take the few minutes required to vote … all I know is that it makes me extremely mad that they didn’t.

In Kamloops, I’m Alan Forseth, and I hope you’ll join the discussion on this, or any other topic presented here.  Do you agree … disagree?  Post your thoughts in the Comment Section directly below.

3 Comments on FORSETH – In politics, as in life, no defeat is ever permanent