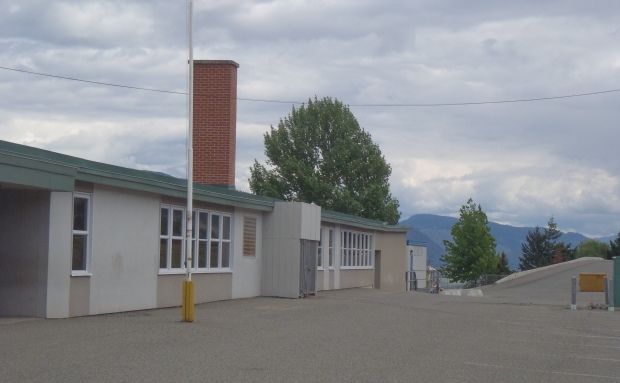 To the Minister of Education, is he really going to force school district 73 to cut a quarter of a million dollars out of classrooms to pay for the NDP’s new payroll tax?

Hon. R. Fleming: Thank you very much to the member for the question. The reality is that Kamloops-Thompson school district this year is going to realize hundreds of thousands of dollars of additional savings from the cutting, by 50 percent, of the MSP — which they get to keep. We’ve talked to superintendents. We’ve talked to school board chairs across the province. We’ve said: “Keep that money. Invest it in classroom resources. Invest it in learning resources for kids.” They are doing that.

The budget that’s before the House is the largest single investment in K-to-12 education in the province’s history. We’re proud of that budget. It’s going to do good things for that member’s district. It’s the largest capital budget in B.C. history for schools.

I know that member never mentioned capital once when he was in the cabinet. He never mentioned it in Hansard. Now he’s asking the NDP to build schools in his riding, and we’re working with his district to do just that.

Mr. Speaker: The member for Kamloops–South Thompson on a supplemental.

T. Stone: Well, the minister’s bluster might make for good theatre in here, but the folks up in Kamloops — and British Columbians — aren’t buying it. The fact of the matter is that this government is going to impose a $70 million new cost onto school districts through this employer health tax.

After eight months in office, the minister has failed to deliver on his promises and instead is imposing this new tax — a $250,000 annual hit to the school district budget in my community up in Kamloops. This is what the minister actually said on June 19, 2016: “Unfunded cost pressures are downloaded onto them, so you have districts who, for the sake of saving a few hundred thousand dollars, are turning the heat and the lights off at a school.”

My question to the minister is this: is the minister going to force school districts to turn the heat and the lights off to pay for this new NDP payroll tax?

Hon. R. Fleming: It’s such a ridiculous question, especially coming from this member, you know? When you look at what this….

This member sat at the cabinet table. He voted ten times over the last 16 years to raise MSP. He doubled MSP. He downloaded that cost on the school districts, and he won’t acknowledge that this year, school districts are getting a break. The MSP’s been cut by 50 percent, and they’re keeping the money in the school sector where it belongs so we can educate our students better.

I’ve got to say again, we’re working with districts right across the province on fixing years of neglect, maintenance neglect and new school pressures that are in their districts. His district’s been working with my ministry on it, and hopefully we’ll have an announcement that will do something that never happened for 16 years: make an investment in schools in Kamloops–North Thompson.