JEFF VARNER made a mistake.

Who is Jeff Varner? He’s the Survivor contestant who revealed fellow castaway Zeke Smith was transgender during tribal council – the climax to every episode of the reality program when one person must be voted off the island. 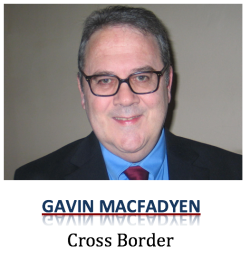 The fallout was immediate, emotional and severe. It made national headlines in the United States and, presumably, in countries around the world where Survivor is aired, Varner was verbally pummelled by the other contestants and very quickly realized he had crossed a line. To his credit, he admitted the shame he felt at his disastrous and misguided attempt to get himself further in the game by pointing out another contestant’s “deception.”

Since he made the mistake, the fallout has been predictable. He was excoriated on social media and promptly fired from his real estate job. That seems to be how things play out these days, where any transgression must be followed by immediate calls for someone’s head on a platter – as if we were all John the Baptists in waiting.

While the compassion for Smith is an obvious and expected reaction, there should also be compassion for Varner. Survivor is a game in which lies, betrayal and empty promises are expected if one wishes to win the $1-million prize. It rewards the worst in human behaviour.

I believe Varner when he says there was no malice in what he did. I believe him because I understand the context in which he was operating. This season of Survivor is made up of contestants who have all played the game before. That means that every contestant is aware of who the others are because they’ve seen their seasons broadcast on TV.

Not so with Smith. His first season was filmed but had not yet aired when he showed up to film his second season. In effect, he played consecutively without having anyone on his second season know who he was or anything about his life.

Varner knew that. He also assumed that everyone in Smith’s life knew about the transgender issue and that it was likely also a focal point of attention during Smith’s first Survivor season. So, in Varner’s mind, he was exposing a deception that was limited to only the few castaways in their tribe.

Everybody makes a mistake now and then. (Image: Salome with the Head of Saint John the Baptist, ca. 1506-07)

It was convoluted and flawed reasoning but it came from a man who was exhausted, barely fed and who, after 17 days of deprivation and stress, reached in the moment for something – anything – that would save his place in the game.

No one is excusing what Varner did – least of all Varner. He has repeatedly apologized and the anguish he feels is clear and genuine. He is a gay man living in North Carolina and has by all accounts been a lifelong advocate for the rights of the LGBT community.

Our society is very quick to throw stones of outrage at anyone who has made a mistake and instantly condemn their failings. But, unless – and even if – we remain innocent of having ever made a lapse in judgment or spoken words we wish we could retract, it behooves us all to show a little human compassion and understanding for someone who has acted rashly and out of character.

As Survivor host Jeff Probst said, “you can’t unring the bell.” But, perhaps, we can use these moments as opportunities for learning, acceptance and, yes, forgiveness. We can remember that this wonderful world is made up of imperfect people and we’re all on a journey of growth that will have bumps along the way.

At least until the day our own torch is snuffed.

Gavin MacFadyen is a Canada-raised, U.S.-based writer and occasional lawyer.