CAN YOU LOSE by winning?

It’s not a riddle, it’s a fair question. Surveying the wreckage that now litters the Conservative landscape, it’s a timely question, too. 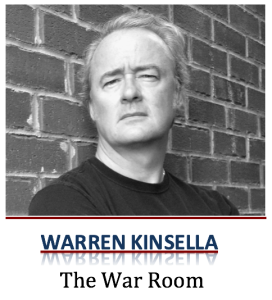 Because make no mistake, the Conservatives’ leadership race has dramatically set back their party, perhaps for years to come. Among other things, it has revealed the once-great Conservative Party of Canada to be nasty, brutish and short-sighted. It has transformed many in a modern, broad-based political party into xenophobic, paranoid Duck Dynasty types – rubes who look like they’d rather jail an immigrant than attend a banquet with one.

By selecting a winner, the Conservative Party of Canada has rendered itself a loser, and wholly undeserving of power.

Former prime minister and Conservative party leader Stephen Harper’s greatest political achievements, you see, were not what you would think. They weren’t the things that he didn’t do. Five points.

But those things – what Harper didn’t do – aren’t achievements. You don’t get awards for what you don’t do. You don’t get your name on the side of a school somewhere for acting like a sensible, centrist adult. That’s what you’re supposed to be doing.

No, Harper’s two greatest political achievements – and, by extension, the Conservative Party’s – were the reason why he won the federal elections in 2006, 2008 and 2011. They are simply these:

So what has the post-Harper Conservative Party done? It has turned its back on Harper’s two greatest achievements. It has repudiated the very things that won them power in 2006.

The Conservative leadership race has been fractious and divisive. It has seen progressive conservatives like Michael Chong booed for promoting modernism – and unrepentant Reformers, like Kellie Leitch, cheered for championing racism. It has seen smart, traditional Tories like Lisa Raitt marginalized and ignored, and immigrant-baiting nobodies like Steven Blaney and Brad Trost given marquee treatment.

And, if this Conservative leadership race is to be remembered for anything at all, it will be its willingness to replicate Trump-style bigotry in Canada – and the narrow, mean-spirited bumper-sticker politics it has championed along the way.

Too many of the candidates have forsaken what Harper did. Too many have forgotten that, by coming together and bringing new Canadians into the fold, the Conservatives finally won power.

The Conservative Party will have a winner in its leadership race in May, to be sure. It will have won that much.

But, by winning, it will have lost the country, likely for many years to come.

Warren Kinsella is a Canadian journalist, political adviser and commentator.