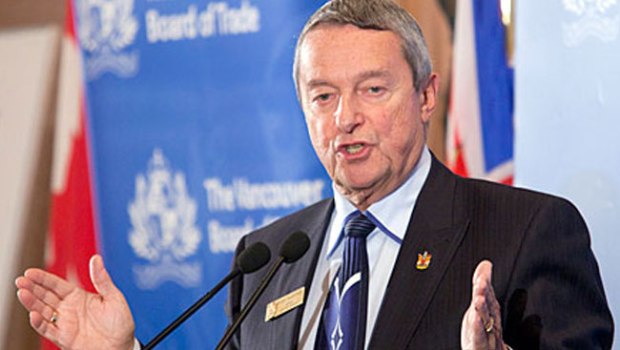 ON WEDNESDAY, Dec. 7, Peter Fassbender (Minister of Community, Sport and Cultural Development) released information about ongoing, and upcoming, changes it was making to the Community Gaming Program. He stated:

“I want to thank the Office of the Auditor General for completing their thorough performance audit of our Community Gaming Grants program. I am pleased that the audit found government has a suitable framework in place to administer the program, and we recognize that improvements are needed in some key areas.

“The report outlines 10 recommendations, including the development of a performance management framework, and to evaluate the approach used in assessing applications. Government accepts all 10 recommendations.”

A brief summary, and history, of gaming and gambling in British Columbia reminds us that:

• up to 1969 public gambling / gaming was illegal in Canada
• then in the 1970s non-profit organizations were able to generate gaming revenue through licenses for bingos and raffles … as well as sell lottery tickets for a sales commission
• the B.C. Gaming Commission, responsible for developing provincial gaming policy and regulating and licensing gaming events, was created in 1987
• over the next 10 years several reviews were completed, and a number of changes put in place. One of these was the end of charitable gambling licenses for casinos. Instead, direct access grants were established to replace the lost revenue that organizations had earned from operating charitable casinos. Bingo affiliation grants were combined with direct access grants in 2010 to form the Community Gaming Grants program that exists today

As the government itself states:

In 1999, following the changes to gaming policy, the Government of British Columbia, the BC Bingo Council and the B.C. Association for Charitable Gaming signed a Memorandum of Agreement to govern the parties’ actions until legislation was passed.

The memorandum set out a formula, giving charitable organizations one-third of government net community casino gaming revenue, with a minimum of $125 million indexed to inflation.

So how has that worked out for community groups across the province?

Well I can tell you that in the past five fiscal years alone (2011/12 to 2015/16) the total government dollars handed out, through the Community Gaming Grants Program, have DECREASED by nearly $150,000. That goes hand in hand with the total number of grants, handed out to community groups, also decreasing from 5,260 to 4,981.

Perhaps not a large number, but consider this … in the same five-year fiscal period, total government revenues from gaming (after paying out all expenses) has increased by $196 million.

The government itself has stated that this program, approved in the provincial government’s annual budget, “has fluctuated over the years.”

Next, let’s take a look at the number of grants over the past five fiscal years, along with the total dollar figures of those grants, and then match it up with Net Revenues:

So if you’re still with me, the total number of grants made to community groups and organizations has decreased by 279, the dollar value of those grants has been reduced by just under $150,000, and all the while the net revenues from gaming in B.C. have increased by $196 million.

For a moment, let’s go back to the media release from Dec. 7:

“We look forward to delivering improvements to the Community Gaming Grants program, including a revitalized focus on customer service, so that not-for-profit organizations throughout the province can continue to benefit from the program’s $135 million in annual funding.”

All I can say is, it’s abundantly clear that while the BC Liberal government continues to strip more and more money from British Columbians, through ever increasing schemes for new lottery games and casino expansion, the community groups and organizations that should be benefiting are instead being shortchanged hundreds of millions every year.