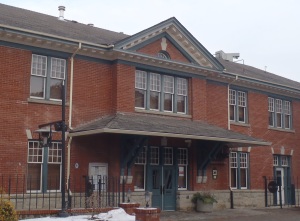 The letter to council, dated Monday, was written after Yarmie found out the decision on the merger was being made today via adoption of terms of reference for the merged commissions.

“We see the amalgamation of the two groups as strengthening both,” said parks, recreation and culture director Byron McCorkell.

However, Coun. Donovan Cavers moved the matter be tabled until the next council meeting. It passed 5-3.

Here’s the text of Yarmie’s letter:

If we had knowledge that this was to take place we would have arranged a presentation to provide our views on the merger.

We were expecting to have further discussion of this issue with Barbara Berger at our March 12 meeting but it was cancelled due to her absence. We have not reviewed the final draft of the Terms of Reference and expected to deal with it at our April 9 meeting. Nor have we met with the Arts Commission to discuss the merger.

All members of the Commission want further consultation. The following members, Jan Cook, Allan Cosco, Anita Grover, Patricia Howe, Claire Johnson, Carol Lindsay, Patrick Lindsay and Andrew Yarmie have expressed concerns about the merger. Some feel that the Cultural Commission will be too large and be beyond their comfort zone in providing input.

The combined duties and responsibilities of Arts and Heritage is too broad and will lead to inefiiciency and be counterproductive of the existing mandates. Meetings will be too long and cumbersome. Some members have no interest or background in arts issues and therefore feel pressured by being placed into a new commission. They joined the Heritage Commission as volunteers and are not comfortable with the merger.

Others wish to keep the title Heritage Commission as they feel it is important for maintaining public contact and awareness of our role in the community. The Heritage Commission has a good track record over the last 34 years and residents look to that title for heritage issues.

The Heritage Commission, therefore, asks that Council table Item7.4 Cultural Commission, Terms of Reference for a later meeting so that we could make a presentation to Council.

Thank you for your consideration of this matter.