NEWS — Rural residents will pay taxes to the Thompson-Nicola Regional District ranging from a drop of $27 per household to an increase of $35, while Kamloops homeowners will pay $1.80 more than they did last year. 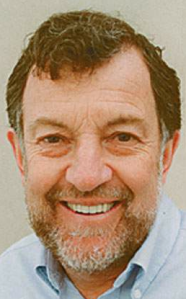 The board of directors was told residential house prices in the rural parts of the region have generally gone down slightly, while Kamloops homes have gone up. The region has added some new services but has also closed three landfills.

The board agreed to a request from Area J (Copper Desert Country)director Ronaye Elliott to increase the economic development spending there by $15,000.

Director John Sternig of Area P (Rivers and the Peaks) — where property owners will see the highest increase — was concerned about a $1.5 million building department reserve, calling it “extremely excessive. We have to recognize there’s only one taxpayer.”

Director Tim Pennell of Area A (Wells Gray Country), where taxes for an average house will drop by $27, proposed reducing the reserve by $100,000 instead.

Both proposals were defeated.

Sun Peaks Mayor Al Raine said he had “some difficulty” with the budget as well. His municipality will see an increase of just under $25 per average household. Logan Lake average homes will see an $8 increase in taxes paid to the region.