WHAT PRINCIPLES do the unvaccinated hold so dearly that they are ready to sacrifice their jobs and face ridicule and scorn?

Nurses in Kamloops are giving up the careers that they have worked so hard to establish: well-paying jobs with benefits and pensions. All because of a jab in the arm? 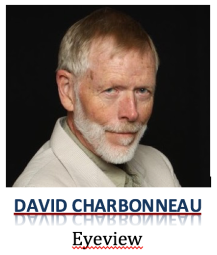 To lay off nurses is a tough decision for the labour-friendly B.C. NDP government.  Health Minister Adrian Dix called it a “significant and solemn day,” but said that the requirement to get vaccinated “is an absolute necessity in our healthcare system.”

Provincial health officer Dr. Bonnie Henry has been trying to figure out the rationale of unvaccinated health workers. “Some people are quite dogmatic against vaccines, which is unfortunate,” she said.

Kamloops nurse Glenn Aalderink is feeling hurt and rejected.  “We`re not being allowed to help. We were told we weren’t wanted, we weren’t needed — and yet, we know we are,” he said.

Aalderink is so dedicated that he set up a private clinic Kamloops – a clinic that the Health Minister says must be staffed by vaccinated healthcare workers. Since then, the clinic has been shut down by the landlord.

Other Kamloopsians opposed to receiving the shot are also paying dearly.

Kamloops City councillor Denis Walsh has come out against being vaccinated. I know Walsh and he is not an irrational man. He’s opposed to the conspiracy theories of the antivaxxers and has received flack from that side.

Now he’s being shunned from the other provaxxer side.  He may well pay a political price, and he says that he’s already lost some friends over it.

Kamloopsian Beat Klossner is opposed to this vaccination. We have lively back-and-forth exchanges on Facebook; agreeing that workers rights and wages are threatened but disagreeing over his comparisons of vaccine passports to Nazism.

Klossner is community minded and has run provincially as MLA for the Communist Party of B.C. and for the Kamloops school board.

Klossner seems like a reasonable guy but is opposed to the way COVID vaccines have been imposed. He made it clear to me that he is not an antivaxxer. He’s had many vaccines in his life. “It is this specific COVID case I have a problem with,” he told me by Messenger.

Klossner is resigned to his fate: “I made my choice; I live with it. I’m not allowed to travel, to go to a pub or other public places, etc. I’m fully expecting in a few months, at the most, I’ll not be allowed to earn a living anymore.”

I asked: “Do you feel like a martyr? Going down for a cause?”

Klossner replied: “No, but I made my choice and will live with it.”

In an attempt to understand why someone would make such sacrifices, I asked him:  “What is the principle on which you would sacrifice your liberty and ability to work.”

He replied: “I’m not certain what is going on, but there is something bigger in the background. Many guesses and theories are floating around. While many are ridiculous, they also always seem to have something that could be possible.”

There seems to be some dark, ominous feelings that those opposed this vaccine have. The vaccine has gone beyond a simple jab in the arm and taken on totemic properties.