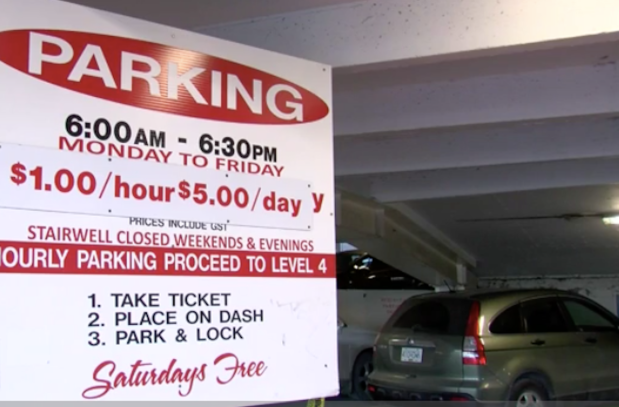 KAMLOOPS CITY COUNCIL has been taking a beating lately, including from the Armchair Mayor, so it’s only fair to mention when it makes a proper decision all on its own.

A recommendation came before it this week to start charging for Saturday parking at the City’s two parkades, operation of which the City will take over from the Downtown Parking Corp. as of next year.

Community and protective services director Byron McCorkell told council that paid Saturday parking would generate a healthy piece of change for the City coffers but council balked at the idea.

In fairness, council has a habit of balking at parking fee increases, but its thinking on McCorkell’s proposal is logical. With a downtown parking management plan due out later next year, why make changes now when further changes might well be in the offing later?

It’s interesting, by the way, that both Coun. Arjun Singh and Kamloops Central BIA manager Carl DeSantis called the parking shortage “a good problem to have.”

Say what? Well, their reasoning is it must mean a lot of people must want to shop downtown. Yet, it’s often said the issue is created by the demand for spots for employees, and that the resulting overall shortage turns shoppers off, encouraging them to go elsewhere.

So is the parking shortage a problem, or is it not?

Anyway, the only one voting to put the Saturday parkade fees into effect sooner rather than later was Mayor Ken Christian, who makes a good point in saying that if users don’t pay, everybody pays.

The longer council puts off rate increases, the more they promise to become an issue in the next election. So, this week’s decision wasn’t an easy one.