Here we stand, in the last week of the campaign, to decide whether we will keep the older system of electing our provincial government or change to a more democratic system, Proportional Representation. 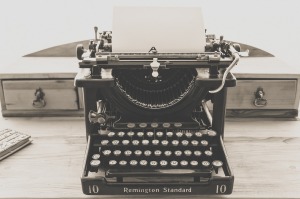 The contest is close, although it shouldn’t be. There should be no contest between a system favouring an undemocratic inequality of votes versus one which guarantees an absolute equality of every vote cast, producing a much improved democracy.

During this week it is most imperative that any voter who has not returned their ballot seek out their nearest Service B.C. or Referendum Service Office and hand deliver their completed ballot. (Find at: elections.bc.ca/rso)

This is particularly important for voters aged 18 – 35 years of age (millenials), a group that has the lowest voting record of all age groups. Ironically, because they are younger, they have more to lose from governments such as our present system produces through first-past-the-post (FPTP). Such governments spend much of their time in office working to reverse legislation produced by their opposing predecessor, instead of cooperating on larger issue legislation such as global warming. Only consensus governments produced by Proportional Representation (Pro-rep) can arrive at such important stability.

I’m looking forward to a surge of millenial ballot returns this week ensuring a much needed reform of our electoral system.